While most hydrogen is produced from natural gas in a non-sustainable process (gray hydrogen), it can also be produced using renewable energy (green hydrogen).

Hydrogen, the lightest and most abundant element in the world, is – under standard conditions – odorless, colorless, tasteless, non-toxic, but highly combustible. As the world desperately seeks new and more sustainable forms of energy that do not cause climate change and global warming, hydrogen has been on a steady climb to the top. Although colorless, the gas is labeled by scientists as coming in three “colors” – gray, blue and green.

Gray hydrogen, which is the type mostly produced today and relatively inexpensive and used in the chemical industry for refining oil and making fertilizer, is derived from natural gas and produced from fossil fuels, making it the least renewable form of hydrogen.

In this process, methane – the primary element in natural gas – is mixed with steam at a high temperature to yield hydrogen and carbon dioxide (CO2) through a catalytic chemical reaction.

Unfortunately, almost 10 kilos of CO2 is released into the atmosphere for every kilo of gray hydrogen produced. This high ratio of carbon dioxide that is produced gives this form of hydrogen its “gray” designation.

The same chemical processing technique used to make gray hydrogen is also used to produce blue hydrogen. The big difference is that with blue hydrogen, the CO2 produced does not escape into the environment. Instead, it is captured at the production facility and stored separately, but it is not totally friendly to the environment because it doesn’t eliminate carbon emissions into the atmosphere entirely. 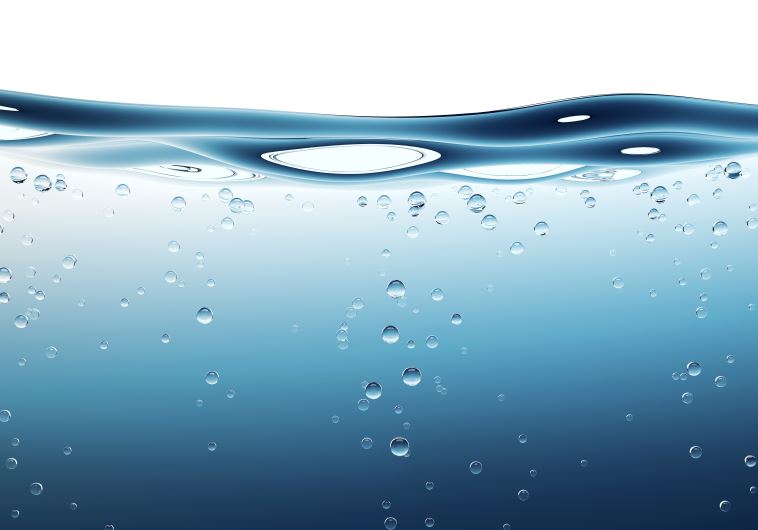 Green hydrogen follows an entirely different production process. It uses electrolysis – the separation of hydrogen and oxygen molecules by applying electrical energy to water. Renewable sources such as wind and solar power generate electricity for this process. In this closed-loop of sustainable energy, no harmful gases are produced at any point in the production chain, making it the ultimate goal in the hydrogen fuel space.

But producing it presents certain challenges. The machines used to carry out electrolysis are expensive and clean electricity from solar and wind sources is limited in supply, so while green hydrogen is ideal, producing this clean energy source is still impractical.

However, a new discovery at Tel Aviv University (TAU) may greatly speed up the industrial transition from the use of polluting gray hydrogen to the green gas. Doctoral student Tamar Elman, under the supervision of Prof. Iftach Yacoby from the renewable energy laboratory of TAU’s Wise Faculty of Life Sciences, published the study in the prestigious journal Cell Reports-Physical Science under the title “Enhanced chloroplast-mitochondria crosstalk promotes ambient algal-H2 production,”

In the study, the researchers identified a mutant of a known strain of microscopic algae that allows, for the first time, the production of green hydrogen gas via photosynthesis on a scale suited to industrial requirements.

The researchers noted that green hydrogen can be used to power various types of electric vehicles, and for several years it has already been used to power bicycles and cars whose polluting lithium battery is replaced by a fuel cell that converts hydrogen to electricity.

The researchers added that the production of green hydrogen is possible through solar panels wired to devices that perform water breakdown into hydrogen and oxygen (electrolyzers), but this process is expensive due to the fact that it requires precious metals and distilled water.

Instead, or in addition, biological processes can be used to produce hydrogen. In nature, hydrogen is produced as a by-product of photosynthesis for periods of minutes by micro-algae, unicellular algae found in every water reservoir and even in the soil. But for this process to become a sustainable source of energy, man must engineer micro-algae strains that produce hydrogen for days and weeks.

Yacoby explained that as part of the laboratory tests, the researchers identified a new mutant in microscopic algae that prevents oxygen from accumulating at any lighting intensity. The team, therefore, suggested that continuous hydrogen production could be achieved from it.

With the help of bioreactor measurements in liter volumes, they were indeed able to prove that hydrogen can be produced continuously for more than 12 days. “The new mutant overcomes two major barriers that have so far prevented continuous production of hydrogen,” said Yacoby.

“The first barrier is the accumulation of oxygen in the process of photosynthesis. As a rule, oxygen poisons the enzyme that produces hydrogen in algae, but in the mutation, increased respiration eliminates the oxygen and allows favorable conditions for continuous hydrogen production. The second barrier is the loss of energy to competing processes, including carbon dioxide fixation into sugar. It, too, has been solved in the mutant and most of the energy is being channeled for continuous hydrogen production.”

The team members are now working on a pilot program for larger volumes and the development of methods that will allow the time of hydrogen harvest to be extended so as to reduce its cost to competitive levels. “The rate of hydrogen production from the new mutant reaches one-tenth of the possible theoretical rate, and with the help of further research it is possible to improve it even further,” Yacoby concluded.