Video: Residents back IDF, but know they're in line of fire; Three Israelis killed by Gaza rockets in Kiryat Malachi apartment.

By BEN HARTMAN
Rocket-damaged Kiryat Malachi home
(photo credit: BEN HARTMAN)
Advertisement
There were blood stains up and down the stairwell of the Kiryat Malachi building where a Gazan rocket killed three Israelis on Thursday morning.In the apartments on the top two floors, the damage and the disarray made it look as if a tornado had crashed into the building and scattered everything asunder.One of the two apartments on the top floor had a bedroom with three beds and a crib, and another room with a crib, all of them next to the southern window, facing Gaza. It it was unclear why there weren’t even more casualties in the attack that took the lives of Mirah Scharf, 25, Aharon Smadja, 49, and Itzik Amsalem, 27.Scharf, whose husband, Shmuel, is an emissary to New Dehli, had been visiting Israel for the memorial service of Gabi and Rivka Holtzberg, the Chabad emissaries who were killed in the terrorist massacre in Mumbai. Thursday was the fourth anniversary of the massacre, on the Hebrew calendar. Scharf was the mother of three children, and the Chabad website reported that she was pregnant and planned to have her baby in Israel. Shmuel Scharf was wounded by Thursday’s attack.Smadja was the father of twin nine-year- old boys and an eight-month-old girl, who was wounded by the rocket.Aryeh Spektor stood outside the building on Thursday morning as he waited to be allowed back into his apartment, which was not damaged by the strike that hit his neighbors on the floors above.

MIRAH SCHARF
A former Chabad envoy to Ukraine, Spektor said he had returned to Israel four years ago to Kiryat Malachi, weeks before the Cast Lead offensive began.He likened the government to “an elephant facing a puppy dog in Gaza, but that dog can grow up someday and hurt you,” before adding that he supports the current operation in Gaza and hopes it will bring some peace and quiet to the South but he doubts that will be the case. 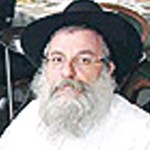 AHARON SMADJA
Benny Hashu, 28, lives near the site of the attack and said he came because Amsalem was a close friend of his brother.Hashu spoke with anger and disgust about the neglect and disrepair of the bomb shelters in the buildings, all of which appeared to be trash-strewn or filled with private storage. At least one was turned into an illegal private apartment, with what appeared to be a full bar set-up. 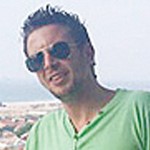 ITZIK AMSALEM
“City hall needs to come and open and clean out all of the bomb shelters and worry about the elderly people here who don’t have anywhere to run and can’t anyway if there is a siren,” he said.Hashu said he supports the IDF operation, saying, “As long as we’re attacking them, it’s quiet here. We need to eliminate everyone on the list, [Hamas Prime Minister Ismail] Haniyeh, too.”Hashu stuck around for a visit by Interior Minister Eli Yishai, whom he heckled with shouts of “Why don’t you worry about the periphery? Go take care of [haredi city] Harish!” Around the same time, one of the residents of the apartment complex hung a homemade sign outside his window that read, “Jewish blood isn’t cheap – reoccupy Gaza” and “Bibi [Netanyahu] is a coward.”Dmitri Karol, 68, who lives in the building next door, said he was at a nearby synagogue celebrating Rosh Hodesh when the Color Red siren went off. Karol said he continued to pray, refusing to run for cover, and that after he heard the explosion, he and other worshipers stayed for the luncheon, drinking vodka and eating a hearty meal. His dismissal of the rockets was not all bluster: he said he usually stays put in his fourth-floor apartment as he could not make it to the bomb shelter in time even if he tried.

Click for full JPost coverage
The situation in this neglected government housing complex is a common one in the cities across the southern periphery: disadvantaged residents living in apartments that lack safe rooms, in buildings with severely inadequate bomb shelters, all in the line of fire of the rockets launched from Gaza. A number of residents expressed mixed feelings, on the one hand supporting the IDF operation in Gaza, and on the other knowing that they are the ones who stand to be targeted when the Gaza rocket crews step up their attacks.One of the few businesses open in town was Eliko’s Schnitzel, a small fast food stand that was taking a battery of take-out orders and hosting a string of hungry journalists on Thursday afternoon.The owner, Eliko Hemo, said he decided to stay open on Thursday “as a sort of public service for the city,” adding that “if it wasn’t for me, nothing would be open in the city” of some 20,000 inhabitants A few minutes later, Hemo was handed an iPhone open to the Facebook page of Itzik Amsalem. He said he knew the man as a regular customer and as a friend of a close friend of his.When asked what he does in the small, unprotected restaurant when the Color Red alarm goes off, Hemo said, “You get down on the ground and pray to God and wait for the boom. There’s nothing else you can do.”