The Weekly Schmooze: 'Karma Police' in the M. East

By LAHAV HARKOV
The Weekly Schmooze 300
(photo credit: JPost.com staff)
Advertisement
The most beautiful woman in the world is a Jewish mom. Gwyneth Paltrow made the cover of People this week, taking the title from last year's winner, Beyonce. Still, Gwyneth shouldn't get overconfident. She's also the most hated celebrity of the year, according to a poll in Star. 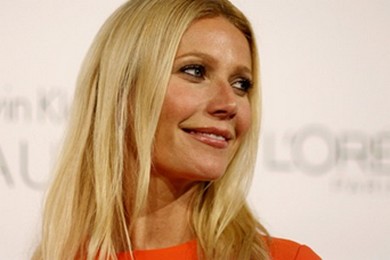 If you're a fan of the movie "Garden State," writer-director-actor Zach Braff is giving you a chance to help him make a "sequel in tone," as he calls it. Braff is funding the film via kickstarter, and has already made 75% of $2 million he needs since launching the project on Wednesday. Even if you don't want to contribute to the project, check out the video, which features Braff's funny friends like The Big Bang Theory star Jim Parsons and Donald Faison of Scrubs and "Clueless" fame.   Dumb Ways To Die, a creative safety warning by an Australian rail company, is a major viral hit, with over 44 million views since it was uploaded five months ago. The Maccabeats were inspired by the song to make another YouTube parody video – Smart Ways to Live – full of helpful tips and featuring the same cute animation as the original.      Another cover that's making waves online is Tel Aviv-based singer Rotem Sheffy and cellist Leat Sabbah's cover of Radiohead's "Karma Police." The kickstarter-funded Middle Eastern version of the song features oud and a horse and wagon traveling through the White City.Still in Israel, a new McDonald's commercial features none other than US President Barack Obama. Or, at least, a convincing lookalike that must have a burger, ASAP.If you have any news to share with The Weekly Schmooze,write to: [email protected]