weekly schmooze 311
(photo credit: Courtesy)
Advertisement
A big mazel tov goes out to Natalie Portman, who married 14-month-old son Aleph's father choreographer-ballet dancer Benjamin Millepied in Big Sur, California this week. Though Millepied isn't Jewish, the couple wrapped themselves in a tallit under a chuppah, and the groom smashed a glass at the end of the ceremony. The bride wore a tea-length dress with sheer sleeves designed by Rodarte and a wreath of wildflowers on her head. 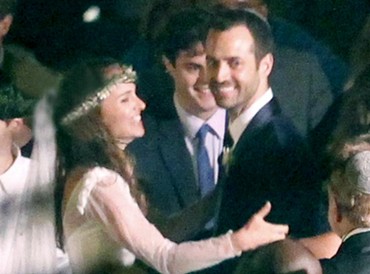 &mdash; Ivanka Trump (@IvankaTrump) 5 August 2012
Sometimes it seems like Joan Rivers hates everyone. In fact, her new book is called I Hate Everything…Starting With Me. The latest thing to catch the acerbic comedienne's ire is mega-supermarket chain Costco, which has banned her book. Rivers marched into one of the store's branches near Los Angeles to defend her first-amendment rights, chaining herself to a shopping cart and comparing Costco to Nazi Germany, in her usual subtle fashion:

If we're already in the world of fashion criticism (well, sort of), Tavi Gevinson, teenage star of the sartorial world, is ready to become a movie star. The blogger-turned-webzine-publisher has been cast in a new film by writer\director Nicole Holofcenter (Friends With Money) as Chloe, a precocious only child who doesn't get much attention from her parents. Last week, Tavi did something else for the first time: ate bacon. In an interview with actress-writer Carrie Brownstein for her online teen magazine Rookie, the Jewish fashionista admitted, while she was eating the treif meat that she'd never tried it before. 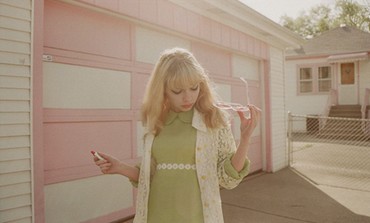 In other Hollywood news, a new trailer came out for Judd Apatow's This is 40, starring everyone's favorite Bar-Mitzva DJ Paul Rudd and Apatow's wife, actress Leslie Mann. Just to add some more members of the tribe, Albert Brooks plays Rudd's father, and Jason Segel is in there, too.The Weekly Schmooze collects the hottest Jewish culture news from around the world. Ranging from celebrities to philanthropy to quirky communities, we're here to schmooze about Jews. If you have any news to share with The Weekly Schmooze, write to:[email protected]
Advertisement
Subscribe for our daily newsletter