By LAHAV HARKOV
Natalie Portman 370
(photo credit: Reuters)
Advertisement
If you like to sing at your Shabbat table and you're a fan of the movie "Pitch Perfect," get ready for the Maccabeats' iteration of Anna Kendrick's hit song "Cups," which is also a cover. Of course, this isn't the first Jewish version of "Cups," but the Yeshiva University a capella group put their own spin on it, using the words to the Shabbat song "Dror Yikra." It's as catchy as Kendrick's version. We've all heard about the "War on Christmas," but now Stephen Colbert is concerned that Thanksgiving is under attack – by Hanukkah! The Comedy Central host tried to wrap his mind around the concept of Thanksgivukkah and even broke character while trying to draw a "hand-menorah."

Here's some totally unsurprising news: Scarlett Johansson is the sexiest woman in the world! At least, Esquire said she is. The Jewish actress is the first person to receive the award for a second time. Johansson's movie "Don Jon" is currently playing in Israel. 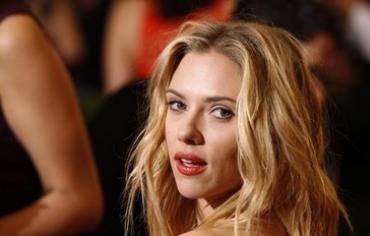 Scarlett Johansson
If you're looking for beauty and brains, look no further than Natalie Portman. The A-list actress is currently spending her summer filming the movie version of Amos Oz's book "A Tale of Love and Darkness." Israeli paparazzi have caught her playing with Aleph and eating in restaurants with friends. But Portman isn't all fun and games – she's also working to encourage high school girls to pursue careers in science, technology, engineering and math (STEM). Portman, who has a degree in neuroscience at Harvard and plays astrophysicist Jane Foster in "Thor," took part in Marvel's "Ultimate Mentor Adventure." The initiative calls for female students in grades 9-12 to film an interview with women with STEM careers. The winners of the competition will get flown to Hollywood for the premiere of "Thor: The Dark World," and a documentary short about their adventures will be shown before the movie. The contest ends in 10 days, so hurry up and submit your video here. 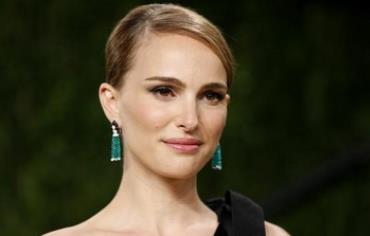 Natalie Portman
If you have any news to share with The Weekly Schmooze,write to: [email protected]