Despite all odds, Carmela Menashe has become a formidable voice as a military journalist.

By NOA AMOUYAL
Israel Radio military correspondent Carmela Menashe.
(photo credit: COURTESY IBA)
Advertisement
It is very likely that if anybody had told a young Carmela Menashe – a shy and introverted girl born to Iraqi immigrants – that she would emerge as one of the most respected journalists in the country’s history, the childhood version of herself would probably scoff at that prediction.And yet, after a career spanning nearly three decades, she is about to add another prize to her very impressive resume.On this Independence Day, Menashe is to be one of the 14 women lighting torches at the annual ceremony. It is a prestigious honor, but Menashe is most proud of her work championing IDF soldiers who are in desperate need of her assistance.In this interview, Menashe touches on her work in that domain, what it’s like to be a woman in such a male dominated field and the constant juggling act involved with being a single mother who holds a 24/7 job.You’ve won a number of prestigious awards already, but what does being chosen as one of the torch-lighters in this year’s Independence Day ceremony mean to you? And to women in general? Ever since I was a little girl, the Independence Day ceremony has held almost religious significance for me. I remember thinking that the people lighting the torches were an integral part of Israeli society and that I too yearned to be a part of this group. Yes, I’ve won a number of awards in my lifetime, but lighting a torch on Independence Day is so meaningful to me and my family members, who made aliya from Iraq and were not considered a part of Israeli society.I was also very moved on a personal level when I received the message that I was chosen to participate in the ceremony. I happened to be visiting my parents, when the organizers contacted me. They both started to cry. There’s no doubt that this will send an important message to all the girls and women living in Israel. This is the highest recognition of women’s distinguished achievements and successes in Israel on a national level.Why did you choose to become a military reporter? After I completed my military service in the paratroopers, I began working for Army Radio. I worked as a secretary, while I studied for my bachelor’s and master’s degrees in history, which I completed with honors. Then I signed up for a correspondent’s course. The first article I worked on was for a program called Tzivei Keshet that was produced by Gideon Hod. Afterwards, I prepared articles for two shows: Housewives and My Weekly Column. Next, I reported about traffic, economics, health and the police.I never made a decision to become a military reporter – my boss did.When my predecessor, Shmulik Tal, retired, my producer called me into his office and asked me if I wanted to take over as the military correspondent. I was shocked – I mean, I was working for a very conservative radio station that had never hired a woman to cover the police or the military. But I took him up on his offer. This was in the days of the first intifada. Chief of staff Dan Shomron summoned all of the military reporters to his office and everyone there was up-to-date on all of the background information. But I just sat there, watching silently.Afterwards, I went back to my boss and told him, “I can’t do this. Please, put me back on police issues.”He looked at me for a second, and then said, “Take a few days to consider it before making your decision. I know you, and I have no doubt you’ll succeed in overcoming the hurdles.”I’ve been in this position for almost 25 years now. But it hasn’t been easy. It’s a very complex position and I’ve had to work day, night, on Shabbat and holidays, even in the most horrific weather conditions. It’s a very demanding job.And being a woman only adds to the complexity. At first, every time a woman works in a man’s field it’s not easy. Even after all of these achievements in fields that are known to be very masculine and sexist, we are still judged.At first, it was very difficult being a woman journalist trying to cover a military operation. Eyebrows were raised when I accompanied soldiers to Lebanon. I took many soldiers by surprise when I asked them questions about their forthcoming military operations.I’ll never forget one soldier who had just returned from one, and when I asked him whether the ambush had been successful, he looked at me and said, “What would you know about it?” When former chief of staff Rafi Eitan was an MK, he asked me during one of my visits to the Knesset, “Are you the military correspondent?” When I answered him that I was, he said, “Have you ever carried out an attack on terrorists? What qualifies you to interview the chief of staff or the defense minister?” This is a very sexist way of looking at the world. Women are still forced to explain themselves or apologize. 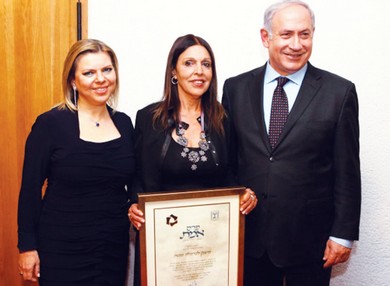