Where to get ‘Jewish penicillin’ in New York City right now

While doctors and government officials are working hard to develop treatments for those who’ve caught COVID-19, people turn to what they know to relieve symptoms: chicken soup. 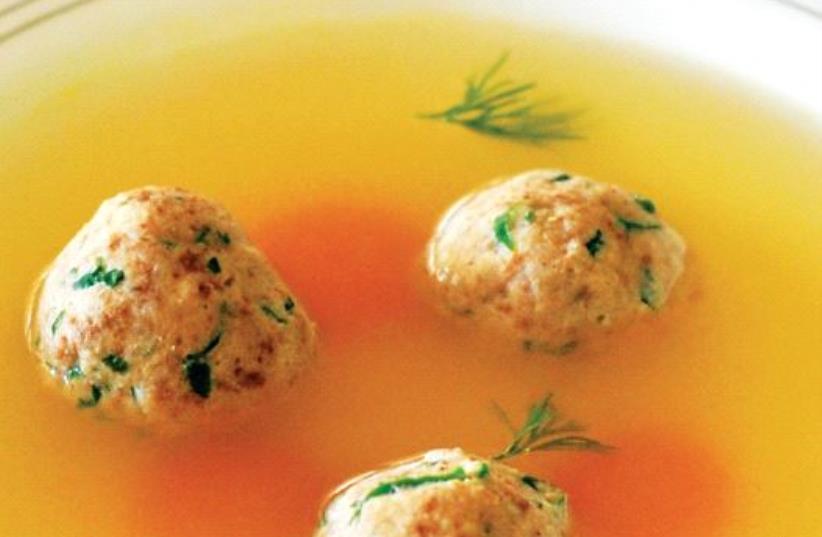 COVID is roaring through New York City. Yesterday, Mayor Bill de Blasio announced 11,000 new cases across the five boroughs, and that number is expected to rise still thanks to the fast-spreading Omicron variant. De Blasio has promised to distribute a million KN95 masks and half a million at-home testing kits, free of charge, to help stem the virus’s reach.

While doctors and government officials are working hard to develop treatments for those who’ve caught COVID-19, people turn to what they know to relieve symptoms like sore throat, congestion and an aching body: soup. And, of course, in times like these, not just any soup will do. “Jewish penicillin” — yes, hot, silky, chicken soup — is in demand across the city. Josh Lebewohl, the owner of Second Avenue Deli, says that sales of his chicken soup have “gone through the roof” in the last week.

And, the truth is, chicken soup really works — up to a point. It keeps you hydrated, the warmth opens up congested nasal passages and some research shows that chicken soup, in particular, helps reduce inflammation associated with colds and flus. (If you have or think you have COVID, of course, please follow your doctor’s advice.)

Where to get what you need if you don’t have the energy to make it yourself? Here’s where the greatness of New York comes in — the choices are seemingly endless. Here are some of our favorite spots for Jewish penicillin across the city.

People line up at a COVID-19 testing site in Times Square during the coronavirus disease pandemic in the Manhattan borough of New York City, New York, US, December 17, 2021. (credit: REUTERS/CARLO ALLEGRI/FILE PHOTO)

This Upper West Side kosher grocery — known for its quality prepared foods — has a rich, full-bodied chicken soup. You can buy the clear consomme or a “homestyle” soup stuffed with noodles, carrots and chicken — matzah balls are available for purchase on the side. Price of the soup varies depending on whether you choose the basic or the organic version; a quart starts at $11.99. 2442 Broadway; local delivery or store pick-up. Kosher certification from Mehadrin Kashrus.

Upper East Side and Murray Hill

The Second Avenue Deli’s legendary Chicken In A Pot — a half-gallon of chicken soup with half a boiled chicken, carrots, noodles and a matzah ball — is , according to the owner, currently in high demand. It comes to you in a glass jar, just like in the old days. $37.95. Various locations; delivery available in Manhattan only. Kosher certification by International Kosher Council.

This popular, charming American-Mediterranean bistro is the kind of cozy place that’s perfect for hanging out all day with a book and a bowl of soup. But if you can’t, because you’re sick, order in Freda’s matzah ball soup — a flavorful, dill-infused broth paired with a light, large and fluffy matzah ball. $12 will get you a bowl. Various locations; pickup and local delivery available.

An East Village institution, B&H is so old school that they don’t have a website. Fortunately, you can order their soups — matzah ball soup, yes, as well as a knockout mushroom barley and a hot beet borscht — on any number of platforms like Seamless and Grubhub. The vegetarian matzah ball soup comes with noodles and a baseball-sized matzah ball. A portion of soup starts at $5.00; pick up a quart for $10.50. 127 Second Avenue; (212) 505-8065. Kosher certification by Rabbi Andre Malek, RAM Kosher Certification.

This “authentically inauthentic” Jewish and Japanese eatery in Brooklyn’s South Williamsburg has a matzah ball ramen soup that combines the best of both cuisines: chicken broth, chicken marinated in hoisin and soy sauce, ramen noodles, scallion, nori and, of course, a matzah ball. $19.00 for a bowl. 310 South Fourth Street; takeout and delivery available.

This Bronx institution — in business since 1953 — takes pride in their old-school chicken soup that comes with a choice of noodles, matzah balls, kreplach, rice or kasha. Food writer Leah Koenig described their soup as golden in color served with a “butter-soft matzah ball.” Starts at $12.99 per quart. 552 W. 235th Street; pickup and local delivery available.

Treat yourself to a bowl of Estelle’s chicken soup, the recipe courtesy of Chef Mark Strausman’s Jewish grandmother. Strausman calls this soup a “trilogy” because he spends three days making it: He makes the stock on day one, “fortifies” it with more bones, vegetables, herbs and spices on day two, and then finishes it off on day three with yet more chicken and vegetables. It’s as deep and rich a chicken soup as you can find. Get a bowl for $15. 41 Madison Avenue; local delivery available.

If you can’t make it to one of these soup purveyors — or if they don’t deliver to your neighborhood — the upscale food-by-mail service Goldbelly can come to your rescue. Yes, there’s a substantial upcharge, but the service enables folks to send their New York favorites – like soup from Liebman’s, Pastrami Queen or the Ukrainian restaurant, Veselka — to a loved one just about anywhere in the United States.

No matter which soup you choose — and even if you opt for a can of Campell’s instead — here’s hoping for a safe, healthy-as-can be start to this busy holiday and winter season.