Healthy Eating: The low down on carbs

In terms of dieting, are carbohydrates really the enemy? While many can cause weight gain, others can help shift a few pounds; find out which ones.

Carbohydrates 311
(photo credit: Courtesy)
Advertisement
Ten years ago, low fat or no fat diets were all the rage, today, however, low carbohydrate or even no carbohydrate diets seem to be the way to go to shed those unwanted pounds. However, unlike the low/no fat diet, the low/no carb regime is slightly more complicated as most people don’t really know what a carb is. In addition, not all carbs are created equally – some in fact may actually help to achieve those weight goals. To begin, when most people think of carbohydrates, bread, pasta and rice typically come to mind. But did you know that vegetables, fruits and even milk products are classified as carbs. That’s right, basically anything that is not a fat or a protein contains carbs. So what are carbohydrates? It is simple – sugar! While, it’s hard to image that a slice of bread acts the same as a teaspoon of sugar in our body, the sad truth is that it does. RELATED:
Healthy Eating: Herbal Teas, a Home Remedy?
Healthy Eating: Anti-histamine Foods Carbohydrates were once grouped into two main categories: simple and complex. What is  the difference? Well a simple carb is exactly what it sounds like – it’s simple sugar. Simple sugars are quickly converted to glucose in the body and include fruit sugar (fructose), corn or grape sugar (dextrose or glucose), and table sugar (sucrose). Complex carbs on the other hand are digested slower as digestive enzymes take longer to break them down, thereby reducing the rate at which sugar enters the blood stream, and supplying us with a steady stream of energy throughout the day. So common sense would dictate that we should steer clear of simple carbs and load up on complex ones, right? Unfortunately, no. If this wasn’t already complicated enough, it gets trickier – carbohydrates are no longer just grouped as either “simple” or “complex”, they are now classified according to their glycemic index and glycemic load. The digestive system handles all carbohydrates in a similar manner—breaking them down into glucose (also referred to as blood sugar), the energy source of all our cells and organs. Now, the glycemic index of a food tells you how quickly and how high blood sugar will rise after consuming the carbohydrate, as compared to eating pure sugar. Low glycemic index foods are healthier as they will keep one feeling full longer and will not cause blood sugar levels to go on a rollercoaster ride. But why is that important? In short, the less spikes and drops you have, the more stable your energy and hunger levels will be – preventing unwanted snacking between meals and overeating, because you are too hungry. However, managing blood sugar levels is not only important for losing and maintaining weight, it is also critical for type II (non-insulin dependent) diabetics, as well as for people who are prone to the disease (runs in the family or overweight). Moreover, sugar rushes followed by crashes will affect your overall energy levels, leaving you feeling drained and tired, as well as affect cognitive function and concentration abilities. 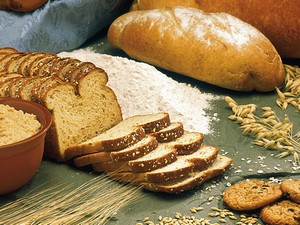 CarbsGoing back to the glycemic index, while most complex carbohydrates fall into the low glycemic index category, some do not. For example, white bread is classified as a complex carb; however, the body converts this food into blood sugar as quickly as it processes pure glucose. The glycemic index of a food is ranked between 1 to 100 where foods with a glycemic index of 55 or lower provide slow-releasing energy that will stabilize blood sugar levels, foods with an index between 56 and 69 high a medium glycemic Index and foods that have scores of 70 and above have a high glycemic Index (and should be avoided at all costs).  However, you can’t just stop with the glycemic index, it’s also important to look at the glycemic load of the food. The glycemic load not only takes into account the glycemic index, but also the amount of carbohydrate in the food. For example, watermelon is high on the glycemic index, but because it is mostly water it has very few carbs, and therefore has a low glycemic load – in other words, it won’t have a negative effect on blood sugar levels. A low glycemic load is defined as 10 or under, a medium glycemic load is from 11 to 19, while 20 or above is considered high. While most grains, oats, breads and other starchy foods rank high on the glycemic index, and will cause blood sugar levels to spike, then quickly fall, a few are extremely beneficial for weight loss and weight maintenance (as well as helpful to manage blood sugar levels in diabetics). So without further ado, four “former” complex carbs that are actually good for you: QuinoaWith twice as much protein as brown rice, a glycemic index of 53 (150 gram cooked cup) and a medium glycemic load of 13, quinoa certainly tops the "good" carb list. Pronounced "keen-wah", this South American grain is one of the few plant-based foods that is a complete protein as it contains all the amino acids that we need - one (cooked) cup of this healthy grain contains 8g of protein. While quinoa might have a high carb count of 25 grams, it is loaded with fiber - bringing in 5 grams of dietary fiber per (cooked) cup. The combination of the high fiber and protein content keep blood sugar levels stable, making this grain an ideal energy source that won't cause roller-coaster like spikes and drops in blood glucose levels, thereby reducing unwanted food cravings. Quinoa is also low in fat – only 4 grams per (cooked) cup – as well as an excellent source of iron, manganese, phosphorus, magnesium and folate. It is also higher in the B Vitamins than several other grains, including corns, wheat and barley as well as rich in the anti-oxidant Vitamin E. The combination of its high fiber and mineral content has linked it with lowering the risk of certain cancers and heart disease. Two types of quinoa are commonly available in the North America - traditional quinoa, which is pale ivory, and Inca red quinoa, which is dark red. While many prefer the flavor of white quinoa, the red version contains slightly more protein as well as more minerals (including calcium, phosphorus and riboflavin). Oatmeal 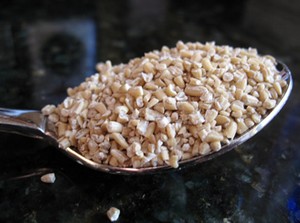 Steel cut oatsSay bye bye to those high sugar (high glycemic load) breakfast cereals, and say hello to old-fashioned oatmeal. Hands down, one of the best sources for carbohydrate, oatmeal contains no sugar and is loaded with dietary fiber – both insoluble and soluble. Fiber is the part in plant foods that our body cannot digest as it is put together in such a way that it can't be broken down into sugar molecules; but even though fiber is not absorbed (and therefore provides us with no calories), it does all sorts of great stuff for our bodies, including slowing down the digestion of other nutrients eaten at the same time, including carbohydrates. In doing so, it helps prevent blood sugar levels from spiking then rapidly falling, a contributing factor of type II diabetes. Moreover, oatmeal is rich in a specific type of fiber known as beta-glucan which has been proven to lower “bad” LDL cholesterol levels as well as slow glucose absorption. When it comes to vitamins and minerals, this oat does not disappoint as it is loaded with many of the B Vitamins including thiamine which is necessary for carbohydrate metabolism, as well as folate which increases the production and growth of cells. Oatmeal is also rich in niacin, which helps to increase energy and metabolism, selenium and zinc. Take care, however, as not all oatmeals are the same. Stay clear of instant “flavoured” oatmeal, which are typically loaded with sugar. Instead opt for the old-fashioned kind (groats rolled in flakes) or steal-cut oats. Barley (pearled) 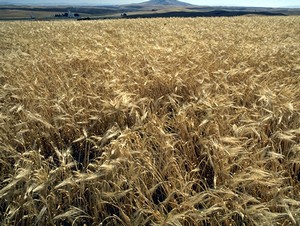 BarleyA nutritional powerhouse, barley is certainly a winner it comes to eating healthy. While it may be higher in carbs than quinoa, it has a low glycemic index (glycemic load of 19) and one cup cooked is loaded with 6 grams of dietary fiber – both soluble and insoluble. Like oatmeal, barley is rich in beta-glucan soluble fiber, which not only keeps us feeling full longer, but slows the absorption of glucose, keeping our blood sugar levels regular, as well as lowers “bad” LDL cholesterol, thereby helping to reduce the risk of heart disease; while insoluble fiber may help to lower the risk for certain cancers such as colon cancer. Moreover, unlike many grains, barley contains fiber throughout the entire kernel, and not just in its outer layer. Therefore, even processed barley still contains high fiber levels that have a positive impact on blood sugar levels. Like most grain products, Barley is rich in Vitamin B3 (niacin), Vitamin B1 (thiamine) and Vitamin B2 (Riboflavin). It is also an excellent source of phosphorus, magnesium, zinc and copper.
BulgurWhile not many people have heard of bulgar, there is quite a lot to say about it. Loaded with fiber and protein and higher in most micro-nutrients than wheat, bulgur is an exceptionally rich source of many essential vitamins and minerals -quite a lot of nutrients, especially for a grain that most people know nothing about. In fact, one cup of cooked bulgur provides just over 9% of the daily recommended intake of niacin (vitamin B3), a vitamin needed to digest carbohydrates as well as ensure that the nervous system functions properly, maintain proper blood flood and is needed for the synthesis of sex hormones, amongst others.

This grain is also rich in folate and iron as well as providing more than half of one’s daily recommended value of manganese - a mineral that helps the body metabolize fat and carbohydrates, absorb calcium and regulate your blood sugar. Moreover, packing six grams of protein and eight grams of fiber per cup, this carb has a relatively low glycemic load of only 13 – and therefore, does not have a negative impact on blood sugar levels. From losing weight, to boosting energy levels and improving your overall health, start eating the “right” carbs.
Stay tuned for next week for part II of “The Low Down on Carbs” to find out which ones are better than they seem, and which are worse then you would have ever dreamed.
Advertisement
Subscribe for our daily newsletter