There are many ways to substitute harmful foods with more healthful versions without compromising on flavor or satisfaction; here are just a few suggestions.

By RUTH BELOFF
Healthy alternatives
(photo credit: Courtesy)
Advertisement
We all know how to eat healthfully – lots of fresh fruits and vegetables, lean meat, fish or other types of low-fat protein, whole grains and several glasses of water a day. If only life were that simple, we’d all be slim, trim and full of energy. But all too often, cravings, temptations and poor eating habits get the better of us, and we consume foods that do us more harm than good.In that regard, there are many ways to substitute such foods with more healthful versions without compromising on flavor or satisfaction. Here are just a few suggestions.For breakfast, instead of a high calorie stack of pancakes, you can whip up what I like to call a brancake. Take two eggs, three tablespoons of wheat bran (it comes in a plastic bag and looks like sawdust), some sweetener (brown sugar or artificial sweetener), a dash of vanilla and a splash of water. Beat it all with a fork and pour the mixture into a small fry pan that is sizzling with some butter. Let it brown well on one side, then flip it over with a spatula and let it brown on the other side. When it’s done, put the brancake on a plate and top it with some unsweetened jam (like St. Dalfour’s) and/or a dollop of low-fat cottage cheese or sour cream, and you’ve got a delicious and filling way to start the day. For extra nourishment, you can add some ground flaxseed to the mixture.Another breakfast option is baked French toast. Instead of frying up all those pieces of egg-soaked white bread, use whole-grain bread soaked in beaten eggs. Place them on a cookie sheet that is greased with some butter or cooking spray, and bake them in the oven until each side is golden brown. They will rise and be a delightful treat that uses a fraction of the butter or oil you would have used otherwise.For lunch or dinner, there are myriads of superb salads and thousands of ways to prepare healthful helpings of fish, chicken or beef. But for the meat and potatoes crowd, there are several secrets to substituting spuds. The most common way is to use sweet potatoes instead of white potatoes, as they are more nutritious. But did you know that celery root, or celeriac, has the same consistency as white potatoes? This root vegetable can be used as a side dish that looks and tastes like mashed potatoes, with a hint of celery flavor and without the high carbohydrate count. You can also use celeriac to make oven fries by slicing them and placing them on a greased cookie sheet and baking them until they turn crisp and golden. 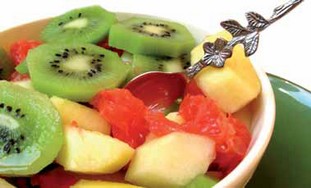 Another root vegetable that can replace potatoes are parsnips. These vegetables, which look like pale carrots, can be sliced and baked like oven fries to render a crunchy, low-calorie side dish or snack.And speaking of snacks, there are many calorie-conscious ways to satisfy one’s sweet tooth. In the mood for ice cream? Try freezing some individual containers of 3% chocolate or vanilla puddings. Take one out of the freezer, wrap a kitchen towel around the container (it’s very cold to hold in your hand) and slowly dig in with a fork. It is just as satisfying as ice cream, and for people who have a problem with portion control, that one container will do the trick, whereas a full tub of ice cream might be too hard to resist (I know).Another way to satisfy the ice cream craving is with a frozen banana. Peel a banana, mash it and put it in a container in the freezer. A frozen banana has a similar consistency to ice cream and makes a great snack when you’re in the mood for something cold and sweet.As for chocolate, my favorite chocolate bar is Cadbury’s Fruit & Nut milk chocolate. Granted, this suggested substitute does not compare in flavor or sublime gratification, but it does serve its purpose in staving off a sugar binge. In a small bowl, place several squares of a 60% dark chocolate bar; a handful of natural shelled almonds (unsalted); and a handful of dark raisins. Now snack away. You’d be amazed at how satisfying that is and how it will not trigger a craving for more sugar. 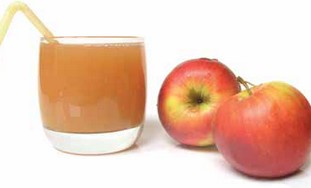 And what would summer be without some cool shakes and smoothies? My favorite is a melon shake. Simply take chunks of a sweet honeydew melon (green inside) and two handfuls of ice cubes and puree it in a blender until it is smooth and frothy. This shake is so naturally thick and delicious that if you hadn’t made it yourself, you’d swear there was milk and sugar in it.What does include some milk and sugar is an Orange Julep, or Orange Julius. In a blender, place the juice of two fresh oranges, a half cup of 1% milk, some sweetener, a dash of vanilla and a handful of ice cubes. Blend, pour into a tall glass, sit out in the sunshine or under the stars and enjoy!
Advertisement
Subscribe for our daily newsletter