A partnership between six leading tech and pharma companies wants to create and adopt new AI technologies that could transform the process of drug discovery and development.

A first-of-its-kind computational science lab focused on solving some of the most pressing global therapeutic challenges has launched its headquarters in Israel.

Aion Labs, a partnership of six international and leading pharmaceutical and tech companies – AstraZeneca, Merck, Pfizer, Teva, Amazon Web Services and Israel Biotech Fund, has one mission: to create and adopt new AI technologies that could transform the process of drug discovery and development.

Aion will open a wet lab in the Rehovot Science Park, across from the Weizmann Institute of Science, where biomedical experiments can be done. It will also establish a cloud-based computational lab environment, aimed at developing new algorithms and computational methods.

Computational science for the purpose of drug discovery is a budding industry focused on how to best connect biology with mathematics, according to the lab’s newly appointed CEO Mati Gill. He said Aion’s “R&D needs-based approach, coupled with our outstanding alliance, is poised to transform the process of therapeutic discovery and development.

“With a strong talent pool, AI technology at our core and a significant commitment of the Israeli government, we hope to contribute to the health and well-being of humankind," he said. "I’m honored to lead such a meaningful initiative, and to work closely with our consortium members to solve many of the world’s critical health issues.” 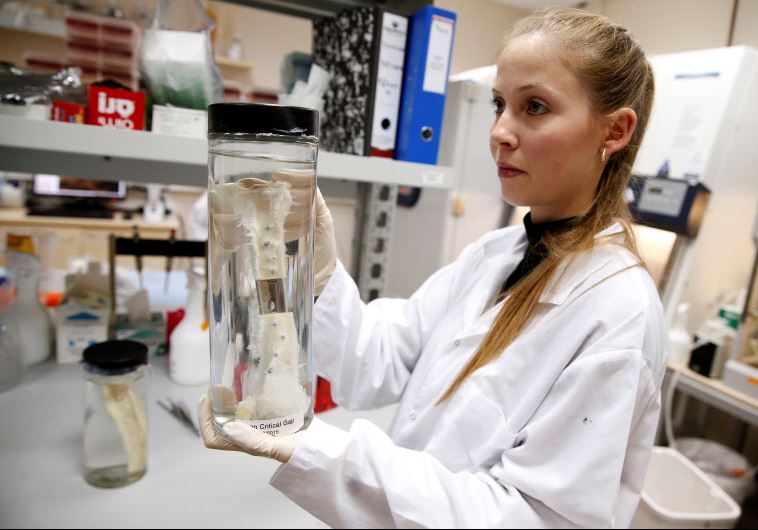 Today, the process of developing a drug could take more than 10 years and cost well over $2 billion – and most of these efforts fail. The partners would like to improve predictability, reduce time and save money in the process of drug development, as well as improve treatments by making most of the drugs personalized from the get-go.

But there is also another aim, Gill said: To help position Israel as a leader in the future of the pharma R&D industry, the way the country already leads in cyber technology or fintech, for example.

“We are not there now, but this is where we would like to be,” Gill said, adding that having “boots on the ground” in the form of Pfizer, AstraZeneca, Teva and Merck will help achieve this goal.

FINALLY, AION Lab hopes to build a generation of start-ups in the biotech space that will grow to be strong companies over the next 10 years. He expects around four to six companies to enter the lab each year – either new companies or very early-stage ones – that will receive the mentoring and investment needed to grow.

Beyond the partnership of six, AION has signed with BioMed X, an independent biomedical research institute based in Germany that focuses on seeding biomedical innovations at the interface between academic research and the pharmaceutical industry. The BioMed X model, based on global crowd-sourcing and local incubation of the brightest research talents and ideas, will be adopted for AION Labs.

THE CATALYST for AION was a call for proposals from the Israel Innovation Authority nearly two years ago after it identified life sciences as a vital area for growth potential and investment. That call for proposals generated a lot of interest in the ecosystem, including from the team that ultimately partnered to develop AION Labs.

Gill was at Teva at the time and he helped spearhead discussions over the last nearly two years, which were mostly conducted on Zoom or other virtual discussion platforms during the height of the pandemic.

“Fusing the world of biology with various disciplines of software in which Israel has global leadership will lead to the creation of cutting-edge companies and a globally innovative ecosystem,” said Dror Bin, CEO of the Israel Innovation Authority.

ALREADY NEXT week, AION will be sending out a call for applications for its first R&D challenge, Gill said – a very specific challenge in the area of cloud-based technology. Once the lab selects the semifinalists, they will be invited to Israel to participate in a one-week boot camp that will take place in the first quarter of 2022.

The winners will be offered a place in the lab to establish a new start-up company with the support of AION’s partners – monetary and mentorship. In this case, the company will of course have a built-in product-market fit, since AION is approaching potential companies with the need and their job is to find the solution.

A company could stay in the lab for up to four years and receive a minimum of $2 million in funding, plus the support of the Innovation Authority and Digital Israel.

Lastly, Gill said that AION is working with Start-up Nation Central and Science Abroad to reach out to Israeli life science experts who are living outside the country and could return for a place in the lab.

“AION Labs is an excellent example of what Pfizer seeks to help build through collaboration within biopharma and across industries: a program with the potential to accelerate the development of meaningful breakthroughs that could change patients’ lives,” said Dr. Uwe Schoenbeck, senior vice president and chief scientific officer for the Emerging Science & Innovation team at Pfizer. “We look forward to playing a pivotal role in AION’s pursuit of innovation.”

“Data, analytics and AI are already starting to transform the way we discover and develop new medicines, and I believe we are only at the tip of the iceberg in terms of its promise," Jim Weatherall, vice president of Data Science and AI and R&D for AstraZeneca said. "Through AION Labs, we have the potential to solve some of the greatest R&D challenges and find new and better ways to discover, test and accelerate the potential medicines of tomorrow.”