Is Jerusalem recovering from the 'stabbing intifada'?

It’s been a year since the beginning of the terror wave.’ How is the capital faring? 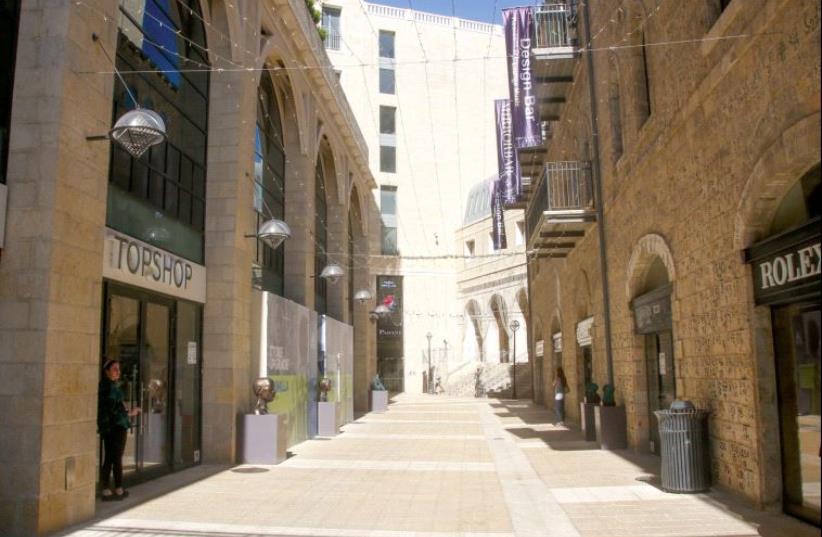 Mamilla Mall
(photo credit: MARC ISRAEL SELLEM)
Advertisement
The promenade on the Mount of Olives, which boasts a famous panoramic view and is often frequented by visitors, was empty at midday on October 10 – so much so that even a camel driver who has been offering tourists rides for decades allowed himself to take a break a few meters away, sipping coffee with a friend. Asked how his business was going, the man only nodded his head, obviously not particularly happy about the situation.In the middle of the holiday season, a period where tourists should be flooding the city, the number of international visitors to the capital is low, painfully low. A series of stabbings that took the lives of dozens of Israelis, beginning about a year ago, has convinced tourists to avoid the city.

“Tourists still come to Israel, but Jerusalem is not on their itinerary. At most, they pay a short visit to the Western Wall and leave quickly, mostly to the center of the country, while others fly directly to Eilat,” a Tourism Ministry employee admitted.The municipality, tourism companies, the Jerusalem Development Authority and the Jerusalem Affairs Ministry all focus on trying to find ways to change the picture or improve it a little bit – but even the most prestigious hotels in the capital are all standing at 30% to 50% occupancy, in a period which usually has the highest numbers of tourists.The situation among small businesses in the city center has slightly improved, according to figures provided by Deputy Mayor Ofer Berkowitz. Generally speaking, there is an increase of some 4% in their income. The facts on the ground are easy to find: more people have come back to the coffee shops, restaurants and bars, and to attend outdoor events there. The gloomy sight of empty city-center streets that followed the first stabbing cases has indeed improved. But these are residents and not tourists, and for a city whose economy is largely based on income from tourism, this is a serious blow.“In fact, the situation has only been worsening since Operation Protective Edge in July 2014,” says Yuval Djamchid, owner of Eden, a small hotel in Arnona. “This is the first time since we opened here a few years ago that we have only two rooms reserved for the period of Succot.”The numbers are clear: 1.9 million tourists came to Israel between January and August 2016 – a drop of only 7% compared to the same period in 2015. On the other hand, the drop in occupancy in Jerusalem hotels is clearly indicating that the problem is serious – a 22% decrease for the period between this past January and August, compared to the same period in 2013, 2014 and 2015.The question being raised by the Tourism Ministry is whether the stabbing episodes are the only reason for this. Another reason could be the significant drop in tourism from Russia, following an economic recession there.It appears that, as in past years, the Malha Mall has preserved its resilience and its businesses’ incomes – probably due to the simple fact that this a highly guarded place. Mamilla Mall, due to its proximity to the Old City, has seen a drop in customers. Somewhere in the middle stand the stores located in the city center.Berkowitz notes that initiatives of the several agents involved in the situation, including the municipality, with a large number of cultural events in the city center, have also contributed to the recovery of small and medium-sized businesses. Moreover, there is no question that the big hotels, especially those belonging to large and international chains, have the capacity to survive such times. The problem, of course, is what happens to small and independent hotels – and that’s where it is being felt the most.“We are hardly surviving, and that’s the situation with most of the small and medium hotels here,” asserts Djamchid, adding that he is considering closing down if there is no meaningful change in the coming weeks.
Advertisement
Subscribe for our daily newsletter