Has the religious minority taken over Israel?

A dialogue with Rabbi David Stav of Tzohar on the Jewish people’s greatest tragedy today – alienation from the religious establishment – and how to fix it. 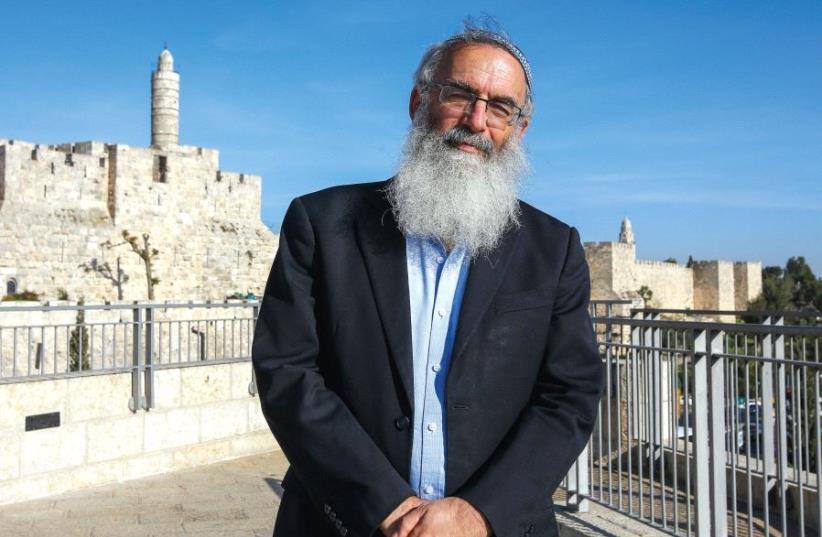 Rabbi David Stav
(photo credit: MARC ISRAEL SELLEM)
Advertisement
Rabbi David Stav is chief rabbi of the town of Shoham and chairman of Tzohar, an organization that aims to make Jewish life accessible to secular Israelis by promoting moderate rabbinic leadership and public policy initiatives.In speaking with Stav, it’s clear that he believes that the alienation felt by Jews from their roots and the religious establishment is a tragedy and the most burning issue facing the Jewish people today. It’s also clear that he believes that the religious establishment is to blame for much of this problem. More than anything, he wants to fix it.

In Jerusalem asked Stav to expand on this and a number of issues confronting the Jewish people and the State of Israel. But before delving into what he feels has gone wrong, Stav insisted that we begin with the things that are right.“Before we discuss the challenges we have, we must express our gratitude to Hashem [God] that these are our challenges. Our forefathers could hardly have dreamed that we would be in this situation, where we have our own country that is safe, where almost 50% of the Jewish people live, with our own culture, industry, agriculture, scientists, army, etc. We must recognize this incredible gift and realize that it is our responsibility to do our part and improve and preserve this gift for future generations.”That said, Stav was ready to dig into areas that need improvement.When asked about the recent extremism boiling over in parts of Beit Shemesh, where teens are harassed when they walk through certain areas on Shabbat and a young teen threw a rock at a woman, splitting her head open because he didn’t like her dress, Stav said: “The challenge facing Beit Shemesh is a deeply painful and troubling one, and one should never be willing to accept the notion of terrorism in the name of religion. Still, it is not a national problem but a local one. The broader, national challenge is the continued friction between the haredi community with the National Religious and hiloni [secular] communities, which is leading to continuously heightening tensions on the national level.“The plight of the non-haredim in Beit Shemesh is a good metaphor for a lot of Israelis who feel under threat because the state is not their state. They see that a minority group controls many aspects of the government and thus many important aspects of their lives. The haredi parties take advantage of the political system to control the personal lives of Israelis, and it causes a lot of damage, leading many Israelis to leave the country. They simply feel that the state does not represent or consider their wants and needs. So they leave for a place where they will have the freedom to live as they choose.”In what ways do people feel the country is not theirs? We can start with conversion. I think the vast majority of Israelis would say, Let’s open the market, and whoever wants to convert should come and convert without the interference of the government. The Supreme Court has ruled that any conversion by an Orthodox religious court should be recognized, yet the government has decided to go against this, due to pressure from the haredi parties.The next issue is marriage. According to a recent poll, most Israelis are in favor of civil marriage. Many Israelis feel resentment that those who don’t pay taxes and don’t go to the army are the ones who decide not only about war and peace (within the government), but also what marriage looks like in this country. The larger parties (Likud/Labor) would actually prefer to follow the will of the people, but because of politics, they give in to haredi parties and give them the power to determine marriage and divorce.The average citizen is angry, because they feel they are not counted and not wanted, even after they’ve given everything they can to society. And people are voting with their feet. They go to Cyprus to get married, they don’t bother converting, or they simply leave the country. We need to pay attention to them and their concerns. We don’t want to wake up in five or 10 years and find that another half a million Israelis have left the country because they don’t want to live in this society anymore, where a minority controls the reality for the majority.

What about the many Conservative and Reform Jews who feel that the state ignores their needs, that only Orthodox Judaism is considered legitimate? What would you say to them? This is mainly an issue for Jews abroad. It is true that there are halachic differences, but we don’t need to import these issues to Israel. Ninety-five percent of Israelis don’t deal with these issues. Half of the Israeli population is traditional or Orthodox, and the other half isn’t Reform or Conservative. And yet we need to embrace world Jewry, including Reform and Conservative, without giving up our halachic principles. They need to be embraced, and we must engage in dialogue on where we can be inclusive and where we can’t.To them I say, “Please come and make aliya and be part of the system. Come be part of the process and influence the country – from over there you won’t be able to make an impact. Here, you can.” I urge all my brothers and sisters, of any Jewish affiliation, to come to Israel. This is your home, too. There are always debates within a family, but this is your place, too. This is the future of the Jewish people.It won’t be easy, but at the end of the day, in Israel every Jew can express their beliefs without fear. There [abroad], other movements disappear; here, hopefully, the Jewish nation will stay forever, and all tribes will have the chance to influence and debate. Come and fight for what you believe.What do you think about the government’s decision to halt work on the Western Wall’s pluralistic prayer section? The government’s decision this past Sunday has only further deepened the divide between the Israeli government and the Jewish people. Both the government and those representatives of religious Zionism within it established that they prefer a coalition including anti-Zionist elements over the unity of the Jewish people. We will continue to believe and act upon the understanding that Israel is the home of all Jews and all deserve the right for us to promote their interests.Do you believe that women should serve in the IDF?This decision has already been made. There are 3,000 religious women in the army. It is not reversible. Today’s army is not the army of 30 years ago. We are proud to be a part of the IDF, the tens of thousands of religious Zionists who serve prove that. I think there is a problem halachically and practically with mixed combat units, but I believe these issues can be solved relatively easily.The issue of agunot is not getting better; in fact, a woman recently went on a hunger strike to get the Knesset to help her – and yet she remains 16 years a chained woman, her husband in jail refusing to free her with a “get” [religious divorce] How do we solve this problem?