Abu Sarah running to become mayor of 'al-Quds', vows to 'change rules of the occupation'. 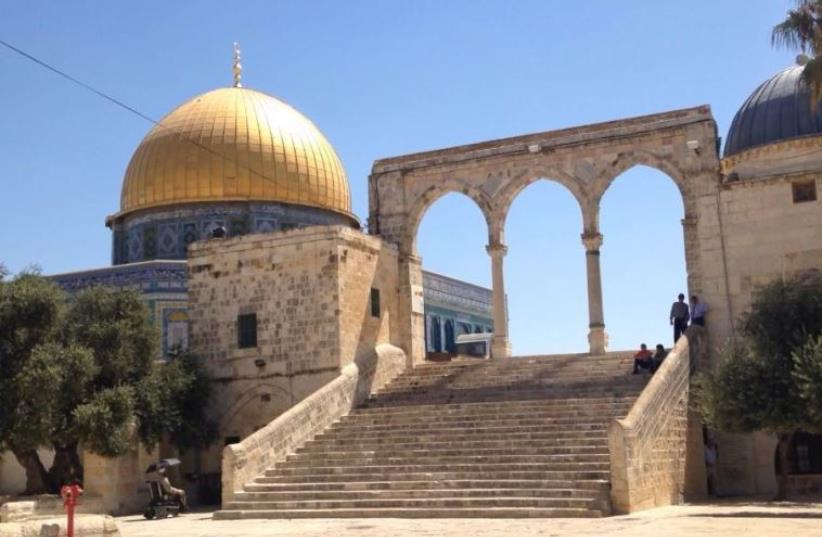 The Temple Mount in Jerusalem
(photo credit: JACK BROOK)
Advertisement
After more than two months of hesitation and talks behind the scenes, Aziz Abu Sarah finally went public with his decision to run for mayor and head a list for city council. Abu Sarah is a businessman who divides his time between Jerusalem, where he owns a tourism business, and Washington, where his wife is completing a PhD.In his first press conference, held last Thursday afternoon at Safra Square, Abu Sarah presented his partners and his program as a nationalist Palestinian list that will run for the council with the intention of changing the way things work in “al-Quds.”“The world as we know it is about to change,” Abu Sarah began, adding that “we will change the rules of the occupation, and will set our own rules – not asking for any favors from anyone but taking back what is ours.” More precisely, Abu Sarah said that the taxes paid by Palestinian residents of Jerusalem (which he kept referring to as al-Quds) will from now on be used for all of their needs such as building classrooms, stopping house demolitions and giving building permits.Habeeb Abu Ramilee, No. 2 on the list, said he personally had to demolish his father’s house for lack of permits, and his running for the council is aimed “to end this situation.” While still addressing the press – in Arabic, English and Hebrew – Abu Sarah and his partners were attacked by a group of young Palestinians, who threw eggs at him, cursing him and accusing him of breaking the vow not to “normalize” and participate in elections which recognize Israeli sovereignty in Jerusalem. The police arrested three of the attackers for further investigation.Asked if he was not afraid that these reactions to his initiative won’t endanger him, Abu Sarah said that there is no other option, adding that “things cannot continue like they are now, we have to take care of ourselves.”