In addition to these charitable efforts, the Fellowship of Christians and Jews is responsible for bringing needy Diaspora Jews to Israel. 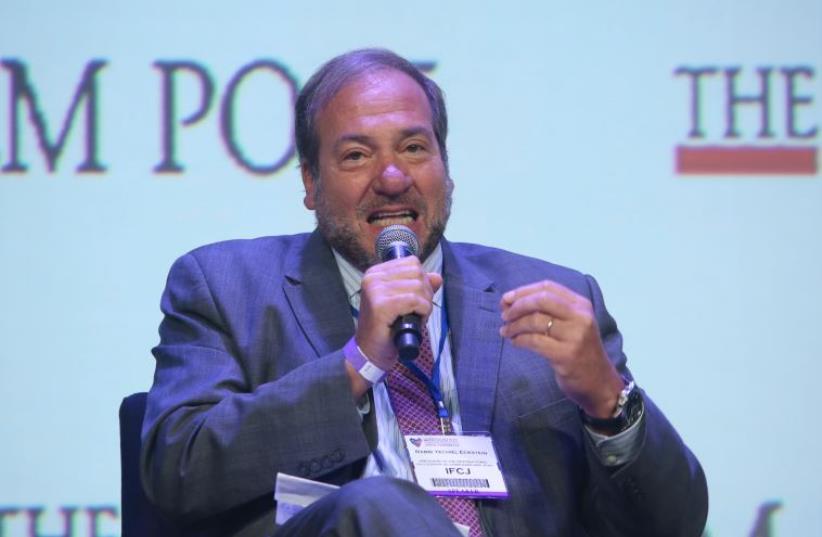 Rabbi Yechiel Eckstein at JPost Annual Conference BDS panel
(photo credit: MARC ISRAEL SELLEM)
Advertisement
Rabbi Yechiel Eckstein founded the International Fellowship of Christians and Jews in 1983 and since then has raised over $1.3 billion in charitable donations, mainly from evangelical Christians. The funds go toward assisting Israel and the Jewish people throughout the world.Ahead of the upcoming high holidays, the fellowship plans on providing for some 250,000 impoverished Jews in Israel and the former Soviet Union with food packages and other essentials in order for them to be able to be well fed so that they can celebrate the holidays with dignity.Eckstein believes that the International Fellowship of Christians and Jews is a necessary bridge between Christians and Jews.The donations that the fellowship receives go toward improving the lives of Holocaust survivors, orphans, soldiers and their families and the poor elderly in both Israel and the Diaspora.In addition to these charitable efforts, the fellowship is responsible for bringing needy Diaspora Jews to Israel. The fellowships program, “On the Wings of Eagles” was established to bring these Jews, mostly from Russia, Argentina, India and Muslim countries, and provide them with assistance to become fully integrated into Israeli society.The fellowship’s “Guardians of Israel” program provides necessary provisions to Israel’s needy population. The program provides food, clothing, shelter and other resources for Israel’s 1.6 million impoverished citizens, including homebound elderly in need.In addition, “Guardians of Israel” reaches out to victims of terrorist attacks and war by providing emergency equipment for first responders and it has installed and renovated some 2,500 bomb shelters in the north and along the Gaza border.