Alex Jones and Infowars media spread claims that the shooting that killed 20 first-graders and six adults at Sandy Hook Elementary School was a hoax, leading to the lawsuit being filed.

By SIMCHA PASKO
Right-wing radio talk show host Alex Jones speaks during a rally at Freedom Plaza, ahead of the U.S. Congress certification of the November 2020 election results, during protests in Washington, US, January 5, 2021
(photo credit: REUTERS/JIM URQUHART)
Advertisement

Conspiracy theorist Alex Jones, host of the right-wing website Infowars, lost two of several lawsuits after failing to produce documents related to his spreading of misinformation regarding the Sandy Hook school shooting.

Jones and Infowars media began spreading claims that the shooting, which killed 20 first-graders and six adults at Sandy Hook Elementary School, was a hoax, leading to the families of the victims being stalked and harassed.

He has repeatedly called the shooting a "false flag" operation planned by "crisis actors." In 2014, Jones told his listeners, "The whole thing was fake. It just pretty much didn't happen," The Guardian reported.

The ruling means Jones must pay an undecided amount to the parents of Noah Pozner - who were sent multiple death threats by a member of Jones's audience who was sentenced to jail and barred from accessing the Infowars website - and Jesse Lewis. They began the process of suing Jones in 2018.

“The court finds that defendants’ failure to comply … is greatly aggravated by [their] consistent pattern of discovery abuse throughout similar cases pending before this court,” the court documents read.

“Furthermore, in considering whether lesser remedies would be effective, this Court has also considered Defendants’ general bad faith approach to litigation, Mr. Jones’ public threats, and Mr. Jones’ professed belief that these proceedings are ‘show trials’,” the court rulings read.

"An escalating series of judicial admonishments, monetary penalties, and non-dispositive sanctions have all been ineffective at deterring the abuse." 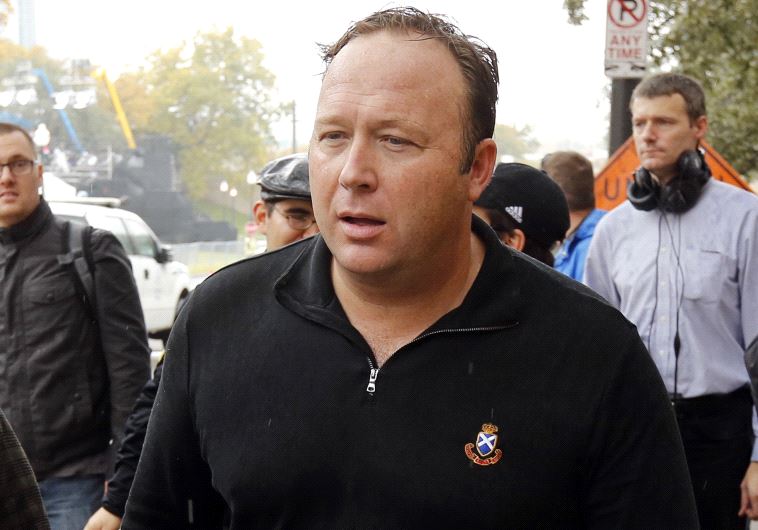 "We are distressed by what we regard as a blatant abuse of discretion by the trial court," Jones and an Infowars lawyer Norm Pattis said in a statement. "It is not an overstatement to say the first amendment was crucified today.”

Jones has lost several legal battles over his Sandy Hook comments, retracting them and blaming his statements on "a form of psychosis," according to The Washington Post.

“I talk four hours a day, and I can’t remember what I talked about sometimes a week ago,” he was quoted as saying in a 2019 deposition.