An explosion in the middle of morning prayers 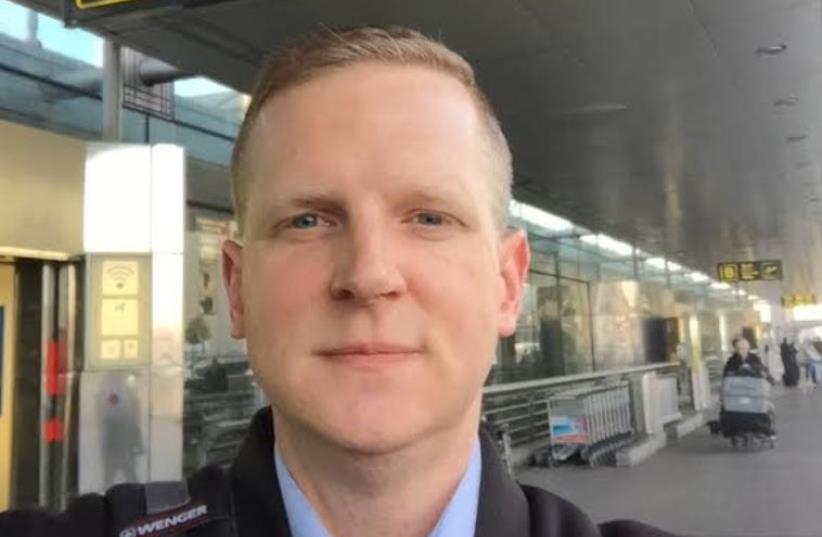 Christian Kremer selfie at Brussels airport, March 22, 2016.
(photo credit: Courtesy)
Advertisement
United Hatzalah volunteer EMT Yaakov Yeret was in the middle of morning prayers in the synagogue at Brussels’s Zaventem Airport when a bomb went off Tuesday, the first of three terrorist attacks that rocked the Belgian capital, killing at least 30 people.“We felt the explosion. We exited the synagogue in order to see what was happening, and we joined the stream of people who were being ushered by the police to exit the terminal,” he told The Jerusalem Post. “For the moment, we are being kept at the other end of the airport and we are awaiting further instructions from the security forces at the scene.”For Israel-bound traveler Christian Kremer, 20 minutes made the difference between life and death.The Belgian politician checked into a flight bound for Israel aboard Brussels Airlines at 7:40 a.m. at the same set of checkout counters where two explosions occurred just 20 minutes later. He said he left earlier than he normally wound because of extra security required for travel to Israel.“In the end 20 minutes is not at terrible lot of time,” he told The Jerusalem Post in a telephone interview later that day in which he speculated about how easily he could have been delayed. “I could have been stuck in a traffic jam,” he said.“It was good luck for me that on this particularly morning I had a flight to Israel and not to some other place in Europe.”The attacks plugged up travel, both in the Belgian capital, where the metro had been hit by a bomb, and internationally.“People left the airport but couldn’t take a train back to their hotel,” said Mark Feldman, who runs Jerusalem’s Zion Tours travel agency.Initially, all flights between Brussels and Tel Aviv were canceled for Tuesday and Wednesday, according to a spokesman for the Israel Airports Authority.Security officials said flights coming to Israel from Europe would be barred from landing until midnight. Though the blanket cancellation was later lifted, many flights from Europe were delayed.Miri Friedman, a 23-year-old senior at Ariel University, was in Brussels for a model EU competition when the attacks happened.“We were supposed to be at a conference today, but unfortunately we couldn’t leave the hotel by order of the Israeli embassy,” she said.Though she was confident flights would be back to normal by their planned return on Sunday, she said getting around in the interim would be a problem. The Maelbeek metro station that was attacked was the one the group was headed toward for their conference.“We do not want to take the metro. We don’t want to take any chances. And when it comes to walking around, we’ll listen to the instructions from the embassy,” she said, heaping praise on its staff for their quick and efficient reaction to the attack.Nicky, an Israel-based employee at Innodata who asked that her last name not be used, was supposed to fly to Brussels for a work meeting Tuesday.“My plans for today have drastically changed, and of course I’m very concerned for everyone in Belgium,” she said. “My suitcase is here, ready to go. I just have to wait and see.”