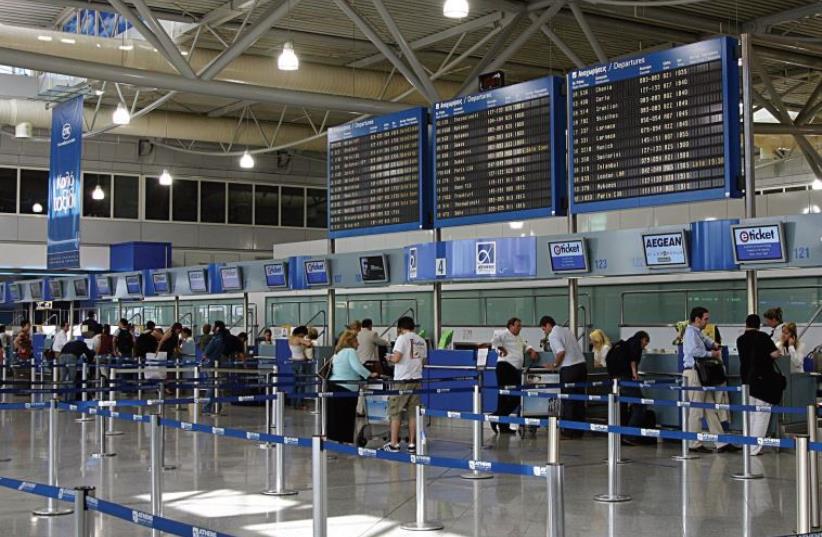 Checking in at the airport in Athens
(photo credit: Wikimedia Commons)
Advertisement
A Palestinian-American man flying home to Philadelphia from Chicago's Midway Airport was told on Wednesday that he would not be allowed to board his flight after a passenger said he was frightened to fly with him, NBC Chicago reported.Maher Khalil, 29, was told by a Southwest flight crew that he was prohibited from boarding the plane because "one of the other passengers did not feel safe" after hearing him speak Arabic, NBC Chicago added."If that person doesn't feel safe, let them take the bus," Khalil reportedly told the crew. Shocked by the apologetic crew's decision not to let him on the plane, Khalil resorted to calling the authorities. "I didn't know what to do, so I called the cops," he said.The issue was ultimately resolved after airport security and police questioned Khalil, allowing him to embark onto the aircraft after a ten minute delay, according to NBC Chicago.Southwest released a statement acknowledging the disagreement, adding that safety was the company's number one priority. "Safety is our primary focus, and our employees are trained to make decisions to ensure that safety, and to safeguard the security of our crews and customers on every flight," the airline's statement read.