Djokovic, a vocal opponent of vaccine mandates hoping to win his 21st Grand Slam at the Australian Open, has been holed up since Thursday after his visa was cancelled. 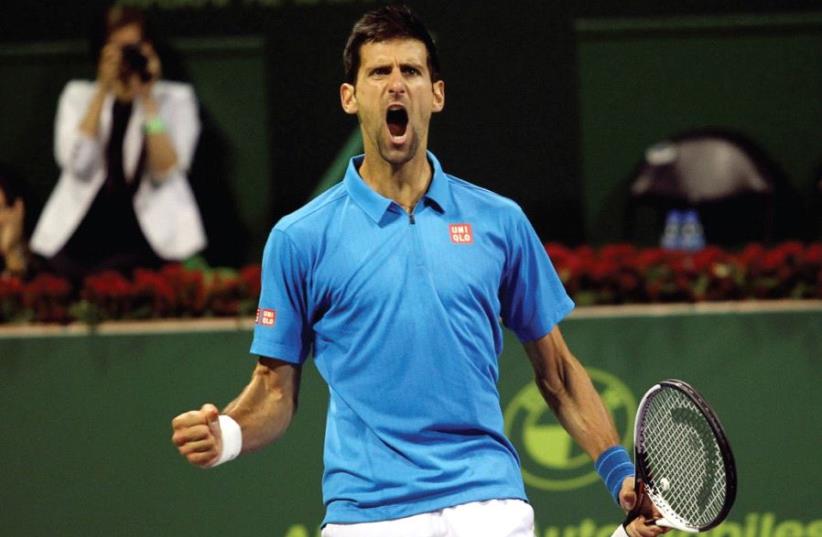 Tennis world number one Novak Djokovic mounted his legal challenge on Saturday to being refused entry to Australia, saying he had immigration clearance to enter the country after contracting COVID-19 last month.

On his third day in immigration detention in Melbourne, the Serbian superstar's court filing confirms widespread speculation he had caught the coronavirus. It escalates a furore over Australia's handling of a medical exemption from the country's vaccination rules that has rocked world tennis.

Djokovic, a vocal opponent of vaccine mandates hoping to win his 21st Grand Slam at the Australian Open, has been holed up since Thursday in a modest Melbourne hotel after his visa was cancelled due to problems with the exemption.

The drama has become a diplomatic issue, as Serbia says Australia is treating Djokovic as a prisoner. It has also become a flashpoint for opponents of vaccine mandates around the world.

His filing, ahead of a court hearing on Monday over his visa cancellation, says Djokovic had received the exemption from tournament organiser Tennis Australia, with a follow-up letter from the Department of Home Affairs saying he was allowed into the country.

"I explained that I had been recently infected with COVID in December 2021 and on this basis I was entitled to a medical exemption in accordance with Australian Government rules and guidance," Djokovic says in the filing about his experience being detained at Melbourne Airport.

Djokovic says he told Australian Border Force "officers that I had correctly made my Australian Travel Declaration and otherwise satisfied all necessary requirements in order to lawfully enter Australia on my visa."

Djokovic returned his first positive COVID-19 test on Dec. 16 but by Dec. 30 "had not had a fever or respiratory symptoms of COVID-19 in the last 72 hours", the filing says. On Jan. 1, it says, he received a document from Home Affairs telling him his responses indicated he met "the requirements for a quarantine-free arrival into Australia".

The federal court has ordered Home Affairs to file its response by Sunday. The Border Force, a unit of Home Affairs, did not respond to a Reuters request for comment on Saturday.

The Australian Open starts on Jan. 17.

Many countries allow a recent COVID infection as a reason for an exemption from vaccine requirements, but Australia's federal government released a letter soon after Djokovic arrived showing that it had notified Tennis Australia that was not necessarily the case in the country.

The federal and Victorian state governments and Tennis Australia have denied responsibility for the dispute.

Czech player Renata Voracova, who was also detained in the same detention hotel as Djokovic and had her visa revoked after issues with her exemption, was seen by reporters leaving the hotel in a van on Saturday evening.

Her destination was not immediately clear, but she told Czech media earlier that she was still waiting to leave the country after deciding not to appeal the decision.

Djokovic's court filing confirms a media report that he asked to be moved to lodgings with access to a tennis court but that his request was denied. The Park Hotel , where he is staying, is also home to dozens of asylum seekers trying to enter the country.

The feted sportsman expressed "shock, "surprise" and "confusion" when he was held overnight, and had a bed prepared near his airport interview room so he could rest while waiting until the morning when he would be able to reach legal representatives and Tennis Australia, the filing says.

Customs officers ultimately "pressured" Djokovic to undertake an interview before he had spoken to either, the filing says.

Tennis Australia said it never knowingly misled players and had always urged players to be vaccinated, after News Corp papers published a document from the organising body apparently advising players on ways to enter the country with a medical exemption from vaccination.

"We reject completely that the playing group was knowingly misled."

Tennis Australia's advice was based on the contents of a federal government website to which it had been referred by the federal health minister, the statement added.

Tennis Australia did not respond to Reuters requests for comment.

The group's information sheet, as published by News Corp, said players could enter the country with an "overseas medical exemption" that had been "reviewed by an Australian medical practitioner" then entered on a central database.

The document was distributed to players last month, News Corp reported. But the federal government released a letter showing it wrote to Tennis Australia in November saying that prior infection with COVID-19 was not necessarily grounds for exemption in Australia, as it was elsewhere.

Tennis Australia CEO Craig Tiley defended the organisation's actions, according to a video that emerged on Saturday.

In an address to Tennis Australia staff, uploaded to News Corp websites, Tiley said he would tell the full story about the saga but was constrained because Djokovic was challenging his visa cancellation in court.

"We've chosen at this point not to be very public with it and simply because there is a pending lawsuit related to entry into Australia," he said in the video.