On several occasions from April 26 to May 26, Chinese aircraft approached a Royal Canadian Air Force long-range patrol aircraft, forcing it to divert from its flight path. 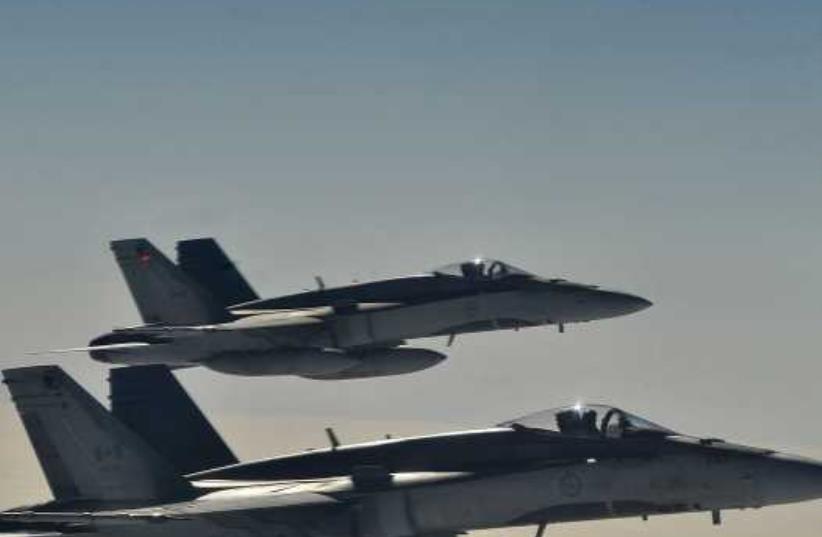 "In these interactions, PLAAF aircraft did not adhere to international air safety norms," the statement said. "These interactions are unprofessional and/or put the safety of our RCAF personnel at risk."

In some instances, the Canadian aircrew felt so at risk that they had to quickly change their flight path to avoid a potential collision with the intercepting aircraft, the statement added.

A model of the Chinese Fighter aircraft is seen in front of Chinese and Taiwanese flags in this illustration taken, April 28, 2022. Picture taken April 28, 2022 (credit: REUTERS/DADO RUVIC)

Such interactions are of concern and of increasing frequency, the Canadian military said, noting that the missions occur during United Nations-approved operations to implement sanctions on North Korea.

The Canadian aircraft were part of Ottawa's "Operation NEON," which sees military ships, aircraft and personnel deployed to identify suspected sanctions evasions at sea, including ship-to-ship transfers of fuel and other supplies banned by United Nations Security Council resolutions.

China, which says it has enforced the UNSC sanctions, joined Russia last week in vetoing a US-led proposal for new sanctions on North Korea over its increasing missile tests.

China and Russia's air forces conducted a joint aerial patrol last week over the Sea of Japan, East China Sea and the Western Pacific, the first such exercise since Russia's invasion of Ukraine.