Will Belarus restore and repair jet fighters for Russia? - report

Russia has reportedly been pulling old military equipment held in long-term storage to replace losses suffered during its invasion of Ukraine. 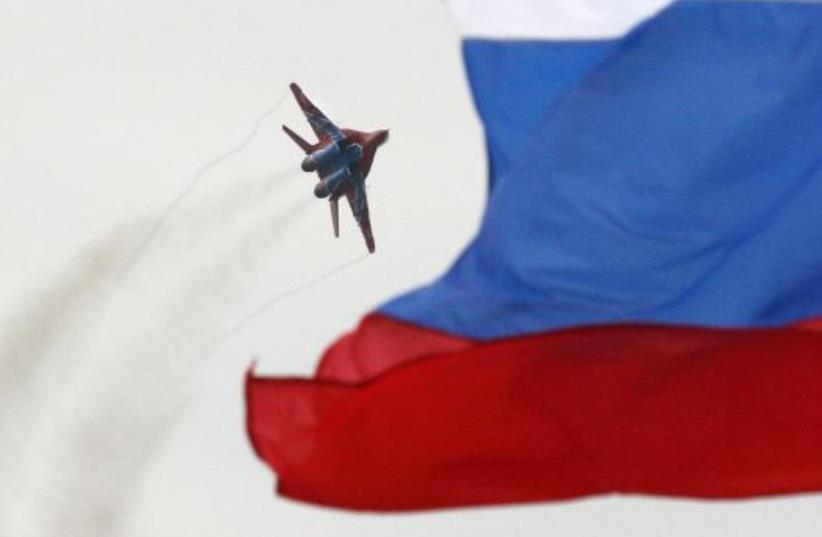 A MiG-29 fighter jet performs a manoeuvre as the Russian national flag flies in the foreground
(photo credit: REUTERS)
Advertisement

Russian aviation equipment will be repaired and restored by the Belarusian Defense Ministry for service in the Russia-Ukraine War, according to claims by the Ukrainian intelligence Directorate made Saturday about a new contract between the two governments.

GUR, the Ukrainian Intelligence body, claims that the 558th aircraft repair plant works maingly on MiG-29 type aircraft and its derivatives. They claimed that these aircraft were being taken out of storage for use in the Russia-Ukraine War.

Restoring old equipment for the war

Russia has reportedly been pulling old military equipment held in long-term storage to replace losses suffered during its invasion of Ukraine. However, according to Ukrainian claims it has encountered difficulty in doing so because of corruption and the poor condition of the equipment.

"Optical devices and electronics containing precious metals were stolen from the combat vehicles," said GUR. The intelligence body reported that many of the 4th Tank Division's stored tanks were "completely dismantled," and that some did not have engines.

The Russian military has also taken to restoring captured Ukrainian military vehicles, according to the Russian Defense Ministry.

The ministry announced in mid-April that it had established a repair facility "practically on the front line," to restore armored personnel carriers and tanks.

According to the General Staff of the Armed Forces of Ukraine, Russia has lost 234 aircraft and 197 helicopters since the war began. However, Oryx, which visually confirms the destruction of vehicles in the Russia-Ukraine War using open-source intelligence, has recorded 49 Russian aircraft destroyed and 50 helicopters lost.

Aaron Reich contributed to this report.