Kazakhstan to deport Russian major who fled his country over war 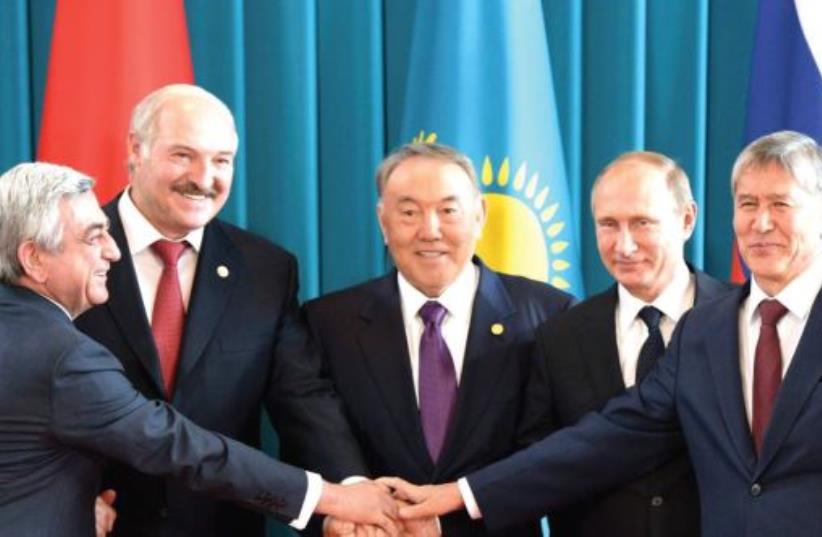 Kazakhstan is preparing to deport a Russian security officer who fled his country because he objected to the invasion of Ukraine and hoped to find refuge in the West, his wife said on Thursday.

Hundreds of thousands of Russians fled to Kazakhstan and other neighboring states after the war started. Many of them were civilians, crossing legally as they sought to avoid mobilization.

As an officer of the Federal Protective Service (FSO), which is tasked with protecting the Russian president, Major Mikhail Zhilin, 36, was barred from leaving Russia and he illegally crossed into Kazakhstan in September when it became clear he could be sent to Ukraine.

His wife Yekaterina traveled to Kazakhstan legally with their two children at the same time. Zhilin was detained in Kazakhstan and sentenced to deportation which he tried to preempt by flying to Armenia, only to get detained again before he could board the plane.

Zhilin's wife said a Kazakh court reaffirmed the deportation verdict on Wednesday and on Thursday Zhilin was already en route to the border while she was contacting human rights lawyers in an attempt to prevent his deportation.

Kazakhstan's interior ministry could not be immediately reached for comment.

Kazakhstan, a former Soviet republic that denied Zhilin's request for refugee status, treads a fine line between staying on friendly terms with Russia, a major trading partner, and not carrying out actions that could make it look like it is taking a pro-war stance, especially since most Kazakh citizens are against the invasion.