Government: Name is misleading because it suggests the country was responsible for Holocaust- era camps on Polish territory. 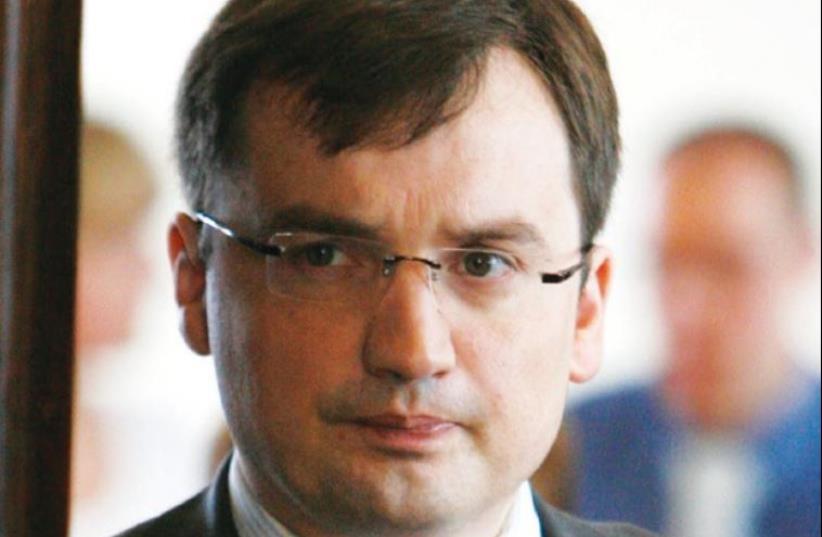 ZBIGNIEW ZIOBRO.
(photo credit: REUTERS)
Advertisement
As part of Warsaw’s bid to eliminate the use of the phrase “Polish death camps,” the Auschwitz Museum has just released a new spell-checker app aimed at “correcting memory errors” and “prevent usage of incorrect phrases.”Poland’s government recently announced that it was drawing up new regulations to punish use of the phrase, which Poles assert is misleading because it suggests the country, which was occupied by Nazi Germany during World War II, was responsible for Holocaust- era camps on its territory.The Nazis operated their most infamous death camps, such as Auschwitz- Birkenau, Sobibor and Treblinka complexes, mostly in occupied Poland rather than in Germany. Continuing misconceptions about the nature of the sites causes Poles to be “blasphemed in the world” as “the Holocaust perpetrators,” Justice Minister Zbigniew Ziobro recently protested.In a statement on Tuesday, the Auschwitz Museum described the application, which is available in 16 languages, as a tool to prevent the foreign press from using the “false phrase” by underlining it and suggesting the “appropriate wording.”“The Auschwitz camp was built by the German state on the territory of occupied Poland, which was forcibly incorporated into the Third Reich. It is obvious for all those who visit the authentic site of the memorial or read our publications. We also underline this through our activities on the Internet.However, every once in a while in the media, this false statement appears, [and is] very painful to bear for Poles,” said museum director Piotr Cywiński.The use of the phrase in the media largely stems from “haste and lack of knowledge,” according to a representative of the Polish advertising agency that developed the concept.“We decided to make use of the primary tool used by text writers and create an easy to install add-on that finds the mistake made and suggests a correct phrase,” she said.Asked about the initiative, Chief Rabbi Michael Schudrich replied that he wanted people to speak “only the truth about the horrors of the Holocaust.”“The death and work camps were designed, established and run by Germans.To write that these camps were Polish is a falsification of the truth.There were Poles who were collaborators but Poles did not design, establish or run these camps. Such a new tool would help us to reach the goal of telling the truth about the Shoah,” he said.Reuters contributed to this report.