According to Australian media, 19-year-old Sevdet Besim allegedly plotted the attack on Anzac Day. Besim has pled not guilty to the charges. 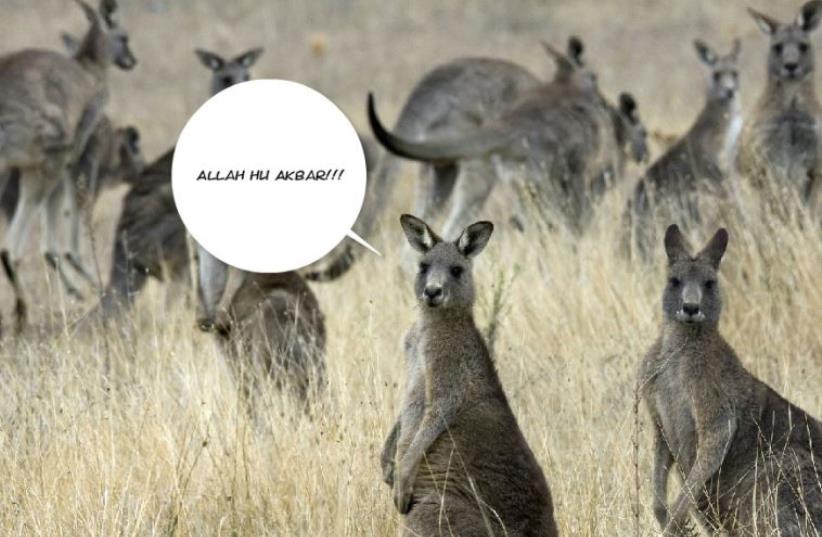 Australian kangaroos
(photo credit: REUTERS)
Advertisement
An Islamist-inspired teenager from Melbourne was arrested by Australian authorities for allegedly planning to attack police officers by rigging a kangaroo with explosives.According to Australian media, 19-year-old Sevdet Besim allegedly plotted the attack on Anzac Day. Besim has pled not guilty to the charges.Australian authorities allege that Besim planned to ram into a police officer with a car and then behead him. The teenager’s Internet communications with an individual from overseas, where he is alleged to have made the threats, were intercepted by authorities."The conversation continues with Besim detailing what he did that day and they have a general discussion around animals and wildlife in Australia, including a suggestion that a kangaroo could be packed with C4 explosive, painted with the IS symbol and let loose on police officers," Australian prosecutors allege.