Two men had discussed using animals and wildlife in an attack, including a suggestion that a "kangaroo could be packed with C4 explosive, painted with the ISIS symbol and set loose on police." 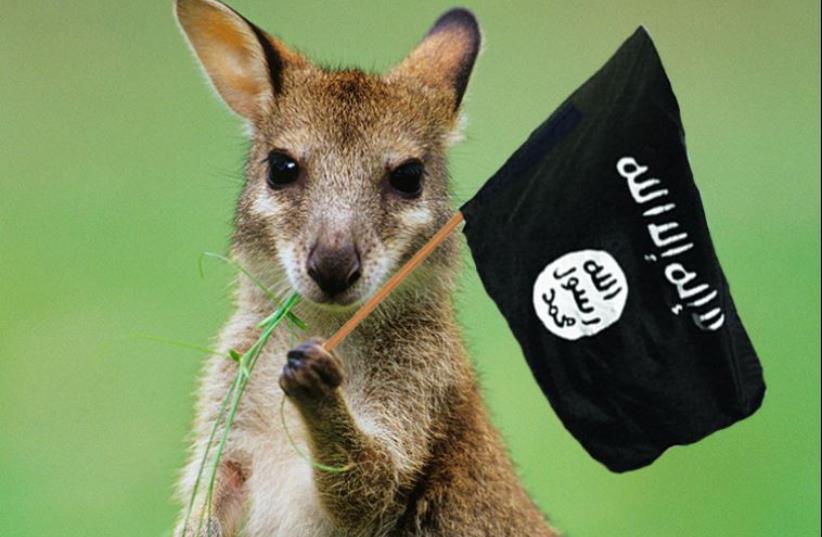 ISIS kangaroo
(photo credit: INGIMAGE)
Advertisement
A man in Australia who discussed using a kangaroo packed with explosives and painted with the Islamic State's symbol in a terror attack was charged in a Melbourne court this week. The plan discussed was to let the iconic Australian marsupial loose on police on Anzac Day, according to court documents, the Australian news outlet ABC reported on Thursday.  Sevdet Besim, 19, plead not guilty to four charges of planning a terrorist act over the phone and internet, according to the report.  Prosecutors also accused Besim of "communicating with a teenager overseas, as well as planning to behead or run over a police officer on Anzac Day because the date would make the attack more memorable."   Anzac Day is a national day of remembrance in Australia and New Zealand that commemorates all Australians and New Zealanders who served and died in the countries' military campaigns. The prosecution detailed a conversation between the accused and the teenager overseas in which using a kangaroo as part of an attack is discussed. The two allegedly had a general discussion around animals and wildlife in Australia including a suggestion that a "kangaroo could be packed with C4 explosive, painted with the IS symbol and set loose on police officers." "Main thing I guess is that I send the dog to hell," Besim allegedly said.  The accused was remanded in custody to face the Victorian Supreme Court on February 3.