8-year-old hidden for hours, discovered when suitcase put through scanner. 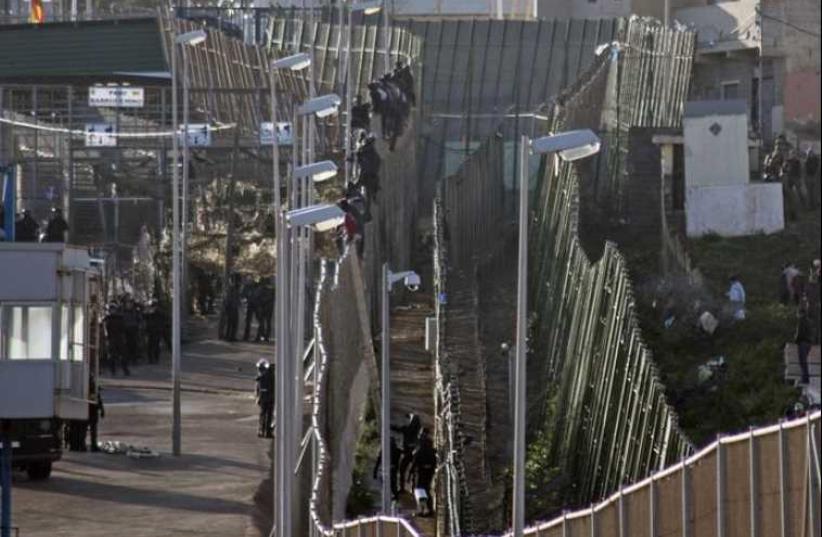 African migrants sit at the top of a border fence between Morocco and Spain's north African enclave.
(photo credit: REUTERS)
Advertisement
Police authorities discovered an 8-year-old boy hidden in a suitcase in a smuggling attempt across the Moroccan border into Spanish territory, AFP reported Friday.The boy, of Ivory Coast origin, was hauled in a suitcase by a 19-year-old woman who sought to smuggle him into Ceuta, a small Spanish-governed territory in North Africa, according to the report.A police spokesman said that suspicion rose when the suitcase was put through a scanner, at which point the operator "noticed something strange.""When it was opened, they found a minor in a terrible state," he told AFP. The police detained the 19-year-old woman who attempted to smuggle the boy. Later that day, the boy's father, an Ivorian residing in Spain's Canary Islands, was also arrested at the border crossing.