Brazilian president forced out of office after senate impeachment vote

A separate vote will be held on whether Rousseff will be barred from public office for eight years. 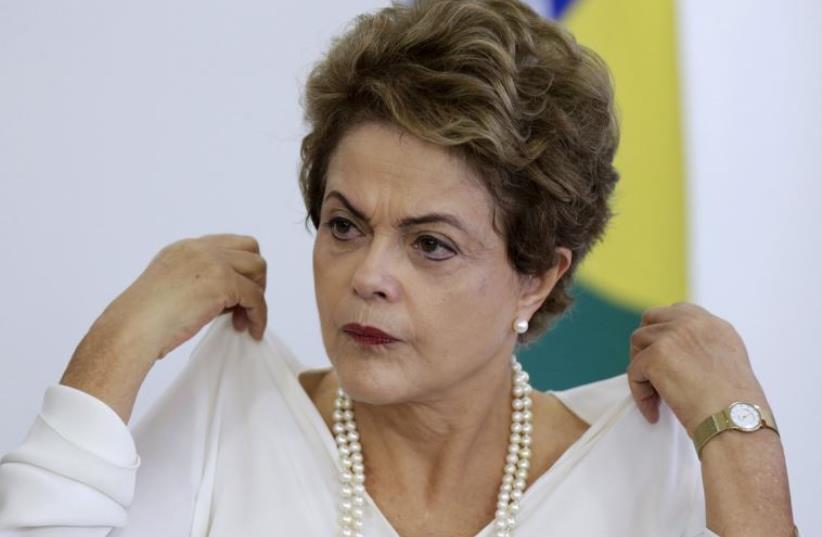 Brazil's President Dilma Rousseff attends a ceremony for regulating the Green Free Trade Zone in some cities of the Amazon, at Planalto Palace in Brasilia
(photo credit: REUTERS)
Advertisement
Brazil's Senate removed leftist President Dilma Rousseff from office on Wednesday for breaking budgetary laws, in an impeachment process that has polarized the Latin American country and paralyzed its politics for nine months.

Senators voted 61-20 to convict Rousseff for illegally using money from state banks to boost public spending. Her conservative former Vice President Michel Temer, who has run the country since her suspension in May, will be sworn to serve out the remainder of her term through 2018.

A separate vote will be held on whether Rousseff will be barred from public office for eight years.