Tonge: The treatment of the Palestinians by Israel is a major cause of the rise of extreme Islamism and Daesh. 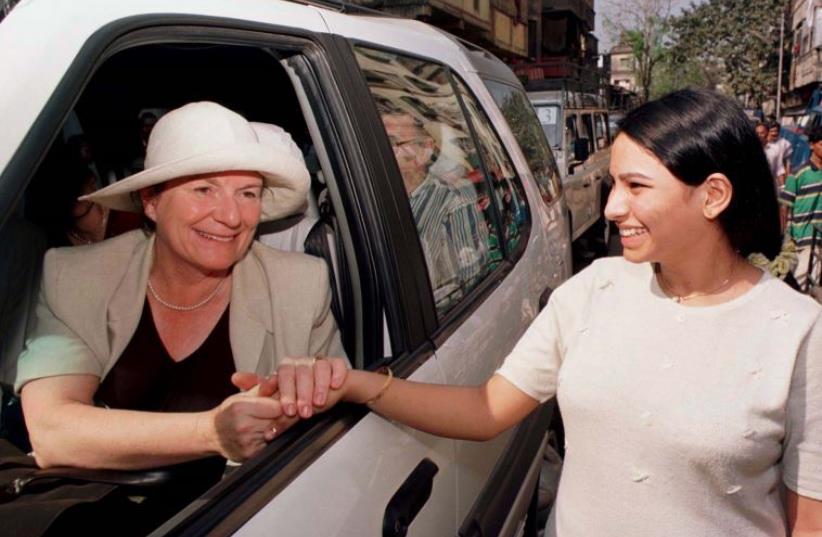 Jenny Tonge, a House of Lords member from the Liberal Democrat party
(photo credit: REUTERS)
Advertisement
A British lawmaker who said Israel would eventually disappear accused the Jewish state of being a major cause in the rise of jihadism worldwide.Following the statement Thursday by Jenny Tonge, a House of Lords member from the Liberal Democrat party, the Board of Deputies of British Jews called on the party’s head to fire her.Tonge said “the treatment of the Palestinians by Israel is a major cause of the rise of extreme Islamism and Daesh,” using the Arab-language acronym of the Islamic State terrorist organization. She said Israel was provoking a generation of violent extremists who would have “a justified grudge” against Israel and Britain.Board of Deputies Vice President Marie van der Zyl in a statement said it was “another outrageous speech” by Tonge on the Middle East.“It is time for Liberal Democrat Leader Tim Farron to expel her once and for all from the party,” the statement said.Tonge resigned in 2012 from the position of party whip, a task equivalent in the United States to speaker, after she spoke about Israel’s demise at an event promoting the boycott of the Jewish state.“Beware Israel. Israel is not going to be there forever in its present form,” she said at the time. “One day, the United States of America will get sick of giving 70 billion pounds [approximately $92 billion] a year to Israel to support what I call America’s aircraft carrier in the Middle East – that is Israel. One day, the American people are going to say to the Israel lobby in the USA: enough is enough. Israel will lose support and then they will reap what they have sown.”The United States in reality gives Israel $3 billion annually in defense assistance.