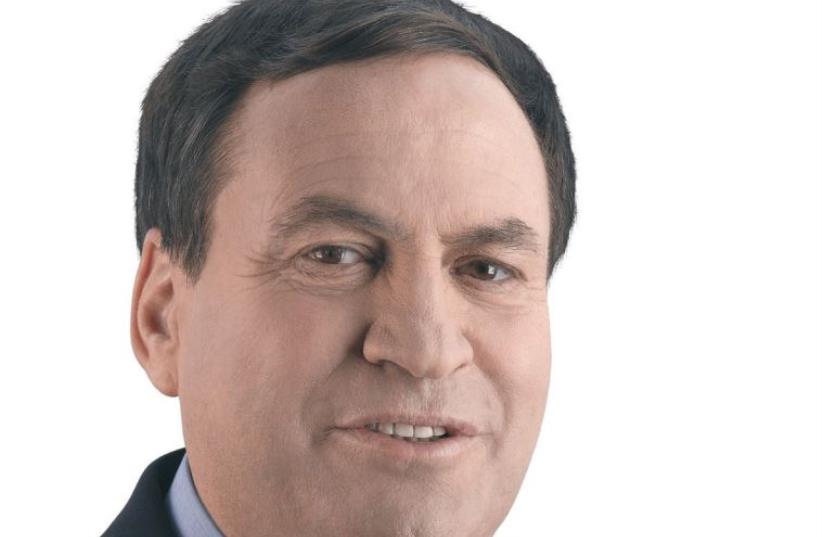 Uzi Dayan
(photo credit: REUTERS)
Advertisement
Israel should favor a Kurdish state and Druse autonomy in Syria; must prevent Islamic State from securing a presence on its border; has the tools to deter Hezbollah; and would like to see President Bashar Assad’s regime remain on the ropes, former national security adviser Maj.-Gen. (res.) Uzi Dayan says in a wide-ranging interview with The Jerusalem Post.As the Syrian civil war enters its sixth year – and the international community continues cease-fire talks that are limping on both legs – the growth of Islamic State could spell the destruction of the Syrian state and solidify jihadi networks on the border, says Dayan, a former commander of the General Staff Reconnaissance Unit, who rose to deputy chief of IDF staff, one level short of his uncle, the legendary chief of staff Moshe Dayan.“Even if Syria disintegrates – or is undergoing disintegration – we don’t want Syria to be a kingdom of ISIS,” says Dayan, who today is chairman of the Mifal HaPayis national lottery.What Dayan would like to see emerge from the Syrian chaos is the strengthening of ethnic/religious minorities.“I am in favor of a Kurdish state and we want the Druse to have autonomy,” he says.Getting back to Islamic State, Dayan notes that the Syrian-Israeli border was a secure frontier for a long time.“We don’t want ISIS to be there. We prefer the Syrian army along the border,” he says, although he notes wryly that “a weak Syria is good for Israel.“My position since the beginning of the civil war is that Israel does not have an interest. Assad is not our friend. We don’t have to help him and we don’t do anything to eliminate him.”Letting Islamic State deploy along the Israeli border could create a situation where Israel may one day find itself fighting Islamic State, Dayan says.One security remedy for the Golan border, he suggests, would be “to form a security belt of 8 to 10 kilometers” to keep out rockets and jihadi groups, including the Nusra Front, the Syrian branch of al-Qaida. “It would not be an easy task,” he admits.Dayan stresses the need to “prevent infiltration of strategic weapons to terrorist organizations.” He cites surface-to-air missiles, chemical weapons and long-range rockets as additions to terrorist arsenals that would ring alarm bells in Jerusalem.The jihadi terrorist entities could obtain Katyusha rockets at some point and fire the rockets into northern Israel, he says. But, notes Dayan, “Israel is very strong when it comes to military influence about what happens in Syria.”Dayan sees Islamic State as an idea or a vision that is bigger than the organization itself, and the threat posed to Israel by the group is not just on the Golan border.“The main mission of the new head of the Shin Bet [Israel Security Agency] will be to prevent the formation of ISIS cells among Israeli Arabs and to prevent the group’s influence [from growing] in Gaza and the West Bank.”On Israel’s eastern border, Islamic State poses a threat as well – not directly to Israel but to the economically struggling Hashemite kingdom, which, he says, is at real risk of destabilization.“ISIS is an existential threat to Jordan,” Dayan states bluntly. Israel acts as strategic insurance for Jordan and must stay in control of the Jordan Valley to prevent Islamic State from penetrating the West Bank from the Hashemite Kingdom.When asked about the possibility that Hezbollah could gain control of the Syrian side of the Golan Heights border, Dayan says: “We can deter Hezbollah.” He also points out that Hezbollah’s resources are stretched across Lebanon and Syria.In the effort to navigate Israel through the zig-zag complexities of the Syrian civil war – a conflict that has resulted in some 470,000 deaths, according to a report issued earlier this month by the Syrian Center for Policy Research – the key is for Jerusalem to pay close attention to its relations with the US, Turkey and Russia, Dayan says.“It is quite a pity and a disappointment that Russia has become more reliable than Washington in the region,” says Dayan. He cited the Obama administration’s decision to abandon Egyptian president Hosni Mubarak and support the Muslim Brotherhood-backed Mohamed Morsi as a pivotal point in the waning of American power in the region.The effects on the region have been significant. “Saudi Arabia looks around and sees Russia delivers more than any power,” he says.With diplomatic rapprochement between Israel and Turkey on its way, Dayan suggests Jerusalem adopt a pragmatic approach in its relations with Ankara.“We should try and settle [the problems in] relations, but it is not that we can have an alliance with Turkey,” he says.Some of the key impediments to rekindling the relationship relations involve President Recep Tayyip Erdogan’s insistence that Israel lift its blockade of the Hamas-run Gaza Strip. Erdogan’s aid to Hamas, a US- and European Union-designated terrorist entity, in Turkey is another stumbling block to an agreement with Israel.The proposed deal would see Saleh al-Arouri, a senior Hamas member operating in Turkey, leave the country. However, additional Hamas members would continue to operate in Turkey.Dayan says: “We are not sure if we can arrive at an agreement with the Turks. We should try. We don’t look for new enemies. We have enough.”Asked to name the three most pressing security threats to Israel, Dayan answers: the Islamic Republic of Iran, delegitimization, and terrorism.He defines delegitimization as a national security issue because it threatens the “cohesion of Israeli society.”Dayan says a situation is emerging where Israel is riven by internal conflict over “the relationship between parts of Israeli society, especially when it comes to serving in the military.“I am not worried about difference of opinion, but we are in one boat; it is difficult navigating where we are sailing to,” he says.Benjamin Weinthal is a fellow of the Foundation for Defense of Democracies.