Security sources say authorities are looking into possible link with Hezbollah, a claim made by Israel. 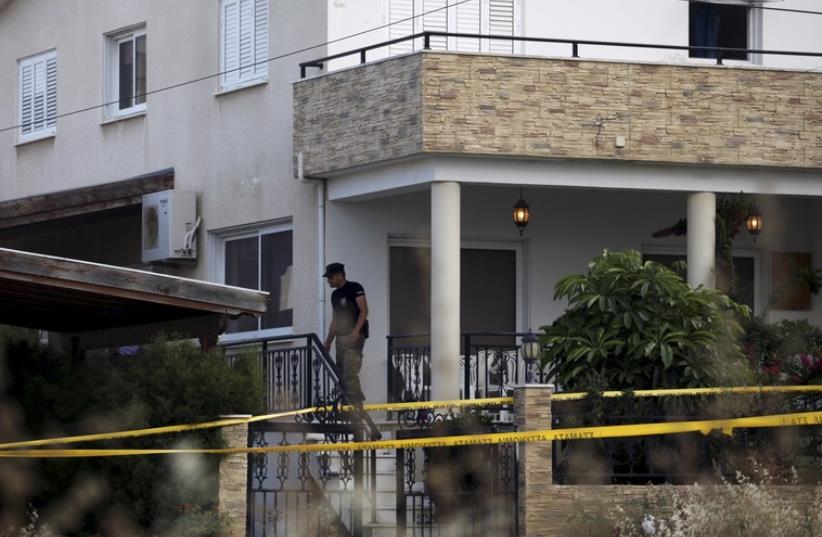 A policeman stands guard at a house where police discovered almost two tonnes of ammonium nitrate, in Larnaca, Cyprus, May 29, 2015
(photo credit: REUTERS)
Advertisement
NICOSIA - Cyprus detained a Lebanese man for questioning on Saturday over the discovery of five tonnes of chemical fertilizer capable of making explosives, in a case Israel says is a Hezbollah militant plot.The 62-year-old man, a resident of the Cypriot capital Nicosia, is the second to be arrested since the discovery of ammonium nitrate at a home in the coastal city of Larnaca in late May. A 26-year-old Canadian-Lebanese man is already in custody.Police believe the older man may be involved in the transfer of the chemicals, which came in ice packs as part of first aid kits imported to the island, the state-run Cyprus News Agency reported.Security sources in Israel say they believe the apartment in which the suspect was captured was an explosive-materials storeroom that belonged to Hezbollah and was supposed to constitute an outlet for carrying out a large-scale series of terrorist attacks across Europe against Jewish, Israeli and Western targets. The younger suspect denied any connection with the group or the find.Ammonium nitrate, if mixed with other substances, can become a very powerful explosive. Under Cyprus anti-terrorism laws, anything that can be used potentially as an explosive, with reasonable suspicion, is an offense.Yaakov Lappin contributed to this report.