The quake caused some damage to the mountainous road network in the area due to falling rocks but no casualties. 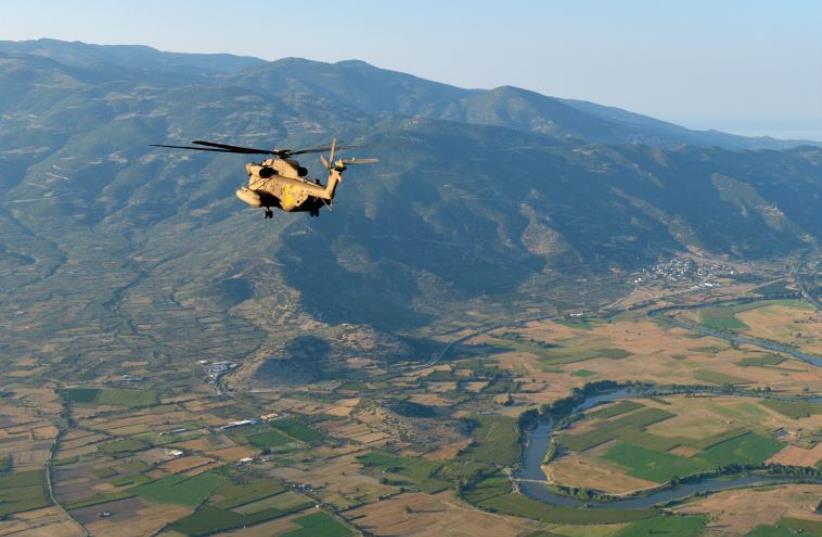 Israeli Apache helicopter flies over Greece's mountainous countryside during a joint-training exericise with the Greek military
(photo credit: IDF)
Advertisement
ATHENS - A quake of magnitude 5.2 struck northwestern Greece, close to the country's border with Albania, late on Saturday, Athens' Geodynamic Institute reported, causing damage but no casualties.The quake's epicenter was 12 km (8 miles) northwest of the city of Ioannina, said an official at the Institute.There was some damage to the mountainous road network in the area due to falling rocks but no casualties, said a police official who spoke on condition of anonymity.The tremor was also felt on the Corfu island in the Ionian Sea, a popular tourist destination, according to the semi-state Athens News Agency.Greece and the surrounding region is often rattled by earthquakes, mostly at sea which cause no serious damage.