Since the Labor primary season began earlier this year, there have been endless rumors about Barak jumping back into the fray. 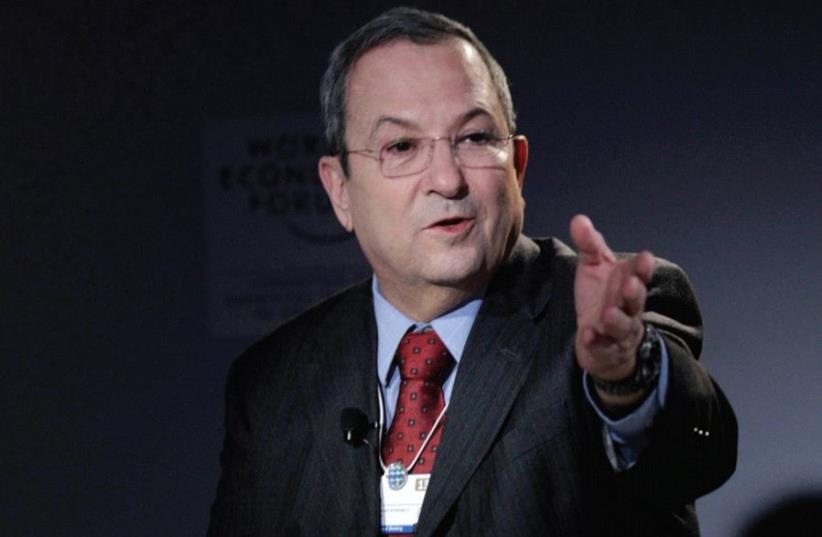 FORMER PRIME MINISTER Ehud Barak in 2013
(photo credit: REUTERS)
Advertisement
Ehud Barak has held many titles: Prime minister, defense minister, IDF chief of staff, Israel’s most decorated soldier, and, according to his bio on Facebook and Twitter, the “father of three daughters and therefore also a feminist.”Lately, though, it seems that he’s embraced another role: Internet commentator. Is there more to his social media posts than meets the eye? Considering his impressive CV, Barak would be welcome in just about any TV studio or on the pages of any newspaper in Israel. However, starting in May 2016, he went from someone who rarely posted on social media to regularly sharing his thoughts on issues of the day on Facebook and Twitter, netting hundreds of thousands of views – probably more than he would have in the traditional Israeli media.More often than not, Prime Minister Benjamin Netanyahu has been the target of his barbs.Barak’s most recent video claimed that Netanyahu mishandled violence on the Temple Mount in order to distract attention from corruption probes.“He is a man who panics, acts weak and gets dragged down, due to his poor judgment; easily loses his cool-headedness; and surrenders time and time again,” Barak, who has decades of experience working with or against Netanyahu, said in a video with 170,000 views. 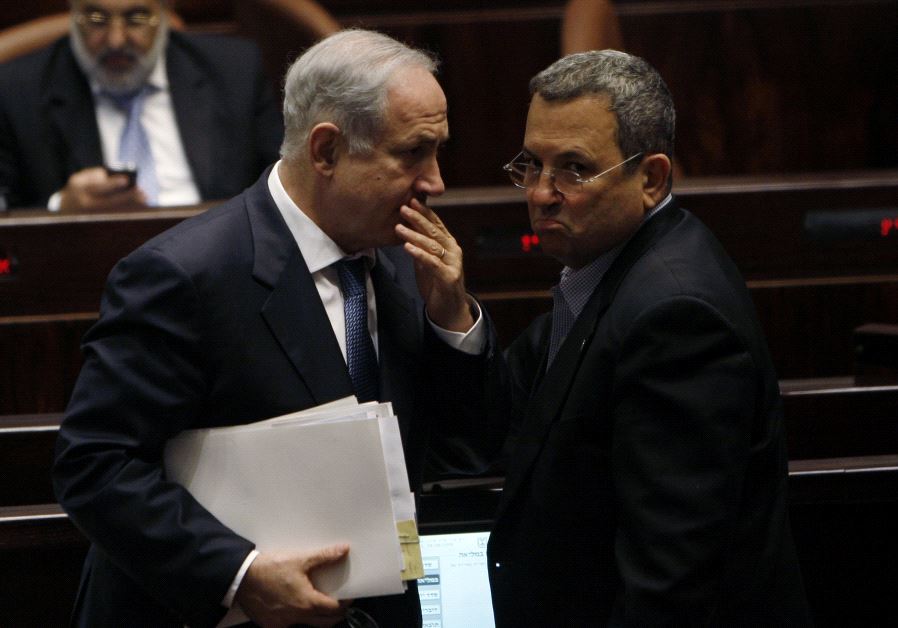 Israel's Prime Minister Benjamin Netanyahu (L) speaks with Ehud Barak at the Knesset, the Israeli parliament, in Jerusalem June 8, 2009. (Reuters)In another video from last month, viewed 348,000 times, Barak compared Netanyahu to a Mafia don: “Everything all around him is criminal, but the boss is clean. Where is this familiar from? That’s right, The Sopranos and The Godfather. It’s similar, but without the style. But there, it’s the movies, and here, it’s real life. Even there, when they decided to bring it all down, they couldn’t prove the submarines. The Godfathers were sent to jail over lawn furniture and electricians.”Barak’s comments were, of course, widely reported, but it was the uncontroversial video in which he congratulated the newly chosen Labor Party leader Avi Gabbay on his primary victory that turned him into a meme.In typical social-media-meme fashion, the video’s popularity wasn’t due to anything Barak had said.It was due largely to his having worn a puffy down jacket in the middle of July. Internet commentators went nuts over his winter attire. Even Meretz chairwoman Zehava Gal-On tweeted that she wished she had an air conditioner that worked as well as Barak’s.The former prime minister, realizing that his message wasn’t being heard, eventually responded that he is “somewhere very far away and very cold,” but that Gabbay’s “victory is important, not Barak’s Uniqlo,” a reference to the Japanese retailer that sells the popular jackets.The Jerusalem Post ascertained that Barak was, in fact, in New York, which is having a very hot summer. The reason for his wearing a Uniqlo and not turning down the AC remains a mystery, as the former prime minister declined to comment on this article.After Barak’s sartorial choices went viral, Israeli Broadcasting Corporation Economic Editor Shaul Amsterdamski did an in-depth-to-the-point-of-insanity analysis of his aesthetic. Barak’s first video was amateurish, but after that, he apparently realized he needed a more professional touch. Barak’s subsequent videos were of higher quality, and were usually set in very pristine, white rooms that look like they could be in his home, and most of them usually showed a vase of flowers somewhere on the screen. He wore dark-colored blazers or jackets in the clips.In the videos he made after Amsterdamski’s opus, he wears brightly colored short-sleeved shirts and talks in front of outdoor greenery.You’re probably wondering why you should care about whether Barak talks in front of a white bookshelf or ivy, and the answer is, because Barak obviously cares.“There is nothing more fun than sitting in New York and watching Israel react,” Barak said recently to a close associate who asked about his social media stardom, denying that this is a move toward a second political comeback.But it’s hard to believe that’s the whole story. Barak is investing a lot of time in these videos – though apparently not any money, as a former aide said he makes them himself – and it seems unlikely that the reason for making the clips would be just the satisfaction of making Netanyahu squirm.Last year, billboards cropped up in busy Tel Aviv intersections that read: “Barak, you must run! Netanyahu is ruining the country.”Barak denied that he had anything to do with the signs, but the former aide said at the time that she’s certain he paid for them himself.A Channel 2 poll taken soon after found Barak’s approval ratings to be lower than the margin of error; that is, there’s a statistical chance that no one liked him at all.But Barak is used to being at the center of the action, so why should he care that he’s unelectable? Since the Labor primary season began earlier this year, there have been endless rumors about Barak jumping back into the fray. The most persistent one, which has stuck around even since Gabbay’s victory, is that Barak would lead a left-wing bloc combining the current components of the Zionist Union – Labor and the Tzipi Livni Party – with other factions. Barak has done nothing to quell the talk. He met with Gabbay last week, and called a briefing for diplomatic reporters on Wednesday, which he then canceled.The left-wing bloc story is far-fetched for the moment, but it’s convenient for Barak.He could swoop in if there’s an election, or maybe, if his commentary gets popular enough, he could be appointed defense minister again.Either way, Barak is staying in the headlines and on everyone’s minds, a place that leaves him with plenty of options for the future.