'Europe should let in Christians and Jews, not Muslims,' Austrian far-rightist says

The leader of Austria's Freedom Party has blamed the US and NATO for triggering the refugee crisis that has overwhelmed Europe. 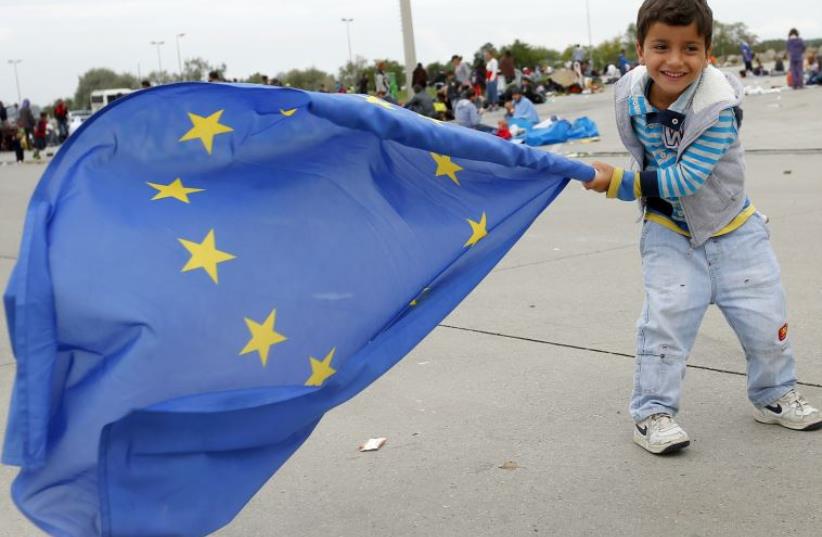 A young migrant child plays with a European Union flag after crossing the Austrian border in Nickelsdorf
(photo credit: REUTERS)
Advertisement
The leader of Austria's far-right Freedom Party (FPO) has blamed the United States and the NATO Western military alliance for triggering the refugee crisis that has overwhelmed Europe."The USA and NATO have destroyed Iraq and Libya with their military intervention, bombs and missiles; provided financial, logistical and military support to the opposition against President Assad in Syria, and thus made possible the destruction, chaos, suffering and radical Islamism (IS) in the region," Heinz-Christian Strache said on his Facebook page.Strache's opposition FPO party, which leads opinion polls ahead of the centrist Social Democrats and People's Party coalition partners, typically espouses anti-Muslim and isolationist approaches to dealing with foreign policy.Strache, who is running for mayor in Vienna elections next month, scoffed at what he called US President Barack Obama's suggestions that Europe is primarily responsible for handling the wave of migrants flooding the continent from crisis spots in the Middle East, Africa and Asia."The USA for decades has started fires in the Middle East and then has then the chutzpah to claim that responsibility for the flood of refugees unleashed lies with Europe. That's geostrategic destabilization at its finest," he wrote.In a separate interview with Austrian broadcaster ORF, he called for erecting an army-patrolled fence along neutral Austria's eastern border with Hungary and for letting in Christian and Jewish refugees rather than Muslims."We don't want an Islamization of Europe. We don't want our Christian-Western culture to perish," he said.