Ex-UN envoy: Trump should have kept promise to pull out of Iran nuke deal 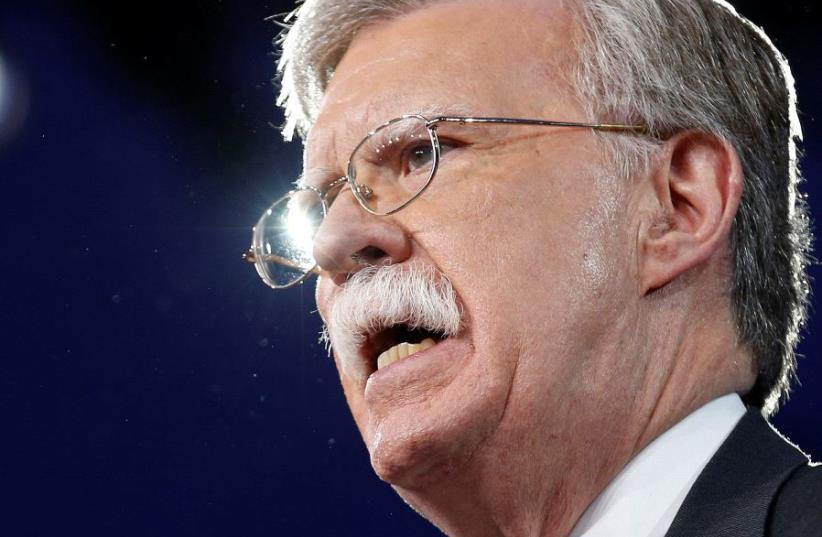 Former U.S. Ambassador to the United Nations John Bolton speaks at the Conservative Political Action Conference (CPAC) in Oxon Hill, Maryland, U.S. February 24, 2017.
(photo credit: REUTERS/JOSHUA ROBERTS)
Advertisement
US President Donald Trump should have kept his election campaign promise to scrap the Iran nuclear deal “debacle,” former US ambassador to the UN John Bolton told The Jerusalem Post in a recent interview.Bolton said that pulling out of the deal upon his election “would have shown unambiguously that this was a mistake,” adding he believed that there are “clear indications that Iran has violated” the deal in the areas of ballistic missile testing, heavy water and uranium enrichment.Criticizing a large number of experts who might have been skeptical before the deal, but who have supported maintaining the deal now that it is in effect, he said that “those who say we should keep it, and strictly enforce the deal” are “trying to nail Jell-O to a wall.”Asked why Trump was not maintaining the deal even as he criticizes its provisions, the former ambassador said, “I don’t know why. Maybe the influence of the State Department bureaucracy.” Pressed that Trump had promised to “drain the swamp,” including overturning bureaucracy positions he disagreed with, he responded, “the swamp is pretty powerful, the swamp is pretty powerful.”Speaking to the Post on the sidelines of his receiving of the Guardian of Zion Award from Bar-Ilan University’s Ingeborg Rennert Center for Jerusalem Studies, Bolton was pushed hard on the idea that Iran has violated the agreement in light of official and unofficial statements from the Trump administration and Israeli defense officials, including from deal critics, that Iran has overwhelmingly complied with the deal, minus some minor violations.He responded that those calling Iran’s violations of the deal minor, whether they were technically minor or not, were like people “throwing out smoke detectors and then having people jump on them.” 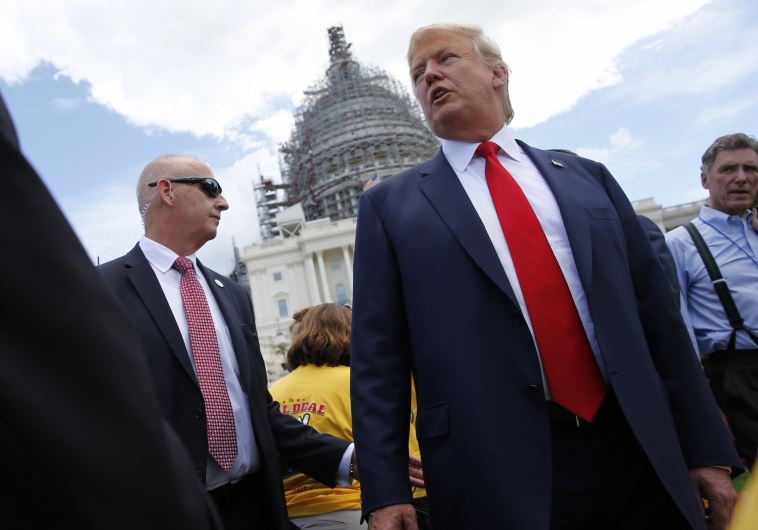 Then-presidential candidate Donald Trump arrives at a Capitol Hill rally to "Stop the Iran Nuclear Deal" in Washington, September 9, 2015 (REUTERS)Further, he stated, “You have absolute confidence that you know everything Iran is doing on the nuclear front? I don’t... The problems with intelligence services and those monitoring the deal is they know what they know. They don’t know what they don’t know.“For 20 years or more Iran’s nuclear policy has been to cheat and then retreat. Do things in a clandestine way, lie about – then say ‘Oy, I was just about to disclose that,’” he said, listing off Iran’s clandestine Fordow nuclear facility as one of many examples.For example, Bolton said he believed Iran had funded Syria’s clandestine nuclear reactor, which was “built in the middle of the desert unconnected to Syria’s electrical power grid and built like North Korea’s reactor,” probably as a joint Iran- North Korea project.Foreign reports indicate that Israel destroyed the reactor in 2007, but Bolton’s point was that catching such a hidden site was lucky, luck that could run out, and that Iran’s alliance with North Korea could enable it to surprise the West with new capabilities that would otherwise be beyond its know-how.He said “it is only a matter of time” before North Korea successfully places miniaturized nuclear warheads on missiles. “Plenty of people have already done it and the day North Korea gets nuclear weapons, Iran could have it the next day by wire transfer.”But those supporting the deal say that walking away from the deal would free Iran to dash to a nuclear weapon and leave the US with no option but using military force.“I have been saying for 10 years that unless you want Iran to get nuclear weapons, you must consider using military force,” as well as to eventually generate regime change.Can Iran’s 38-year-old regime really be brought down? He said “many authoritarian regimes look very powerful, but are actually rotten. Just as the shah fell, the ayatollahs can fall too.”He said while using force has its own risks, “the alternative is Iran being able to deliver nuclear weapons. Which is worse? The answer to that is pretty obvious.”Regarding the possible end scenario of Iran getting nuclear weapons, former intelligence minister Dan Meridor recently told the Post that the Arrow-3 missile system was quite capable of shooting down such weapons.Confronted with Meridor’s confidence, Bolton said that during the Obama years, “of the last nine tests, only five defensive missiles hit their targets. I’m glad that Meridor is 100% confident... I want greater defenses. The whole purpose of the [George W.] Bush national missile defense program was to protect against a limited number of missiles. We don’t have that protection in place.“I don’t think you can say with complete confidence that the US could protect from a North Korean strike. I don’t want to miss and see a US city fried because we were wrong,” he said.Discussing fears of collusion between Russia and Trump, Bolton said, “I’d be worried if I’d seen any evidence – of which there is absolutely none from the leaks from intelligence agents and law enforcement. If there was any evidence, it would have leaked already, so it is hype.”