Authorities have now detained seven people over the killings, claimed by Islamic State. 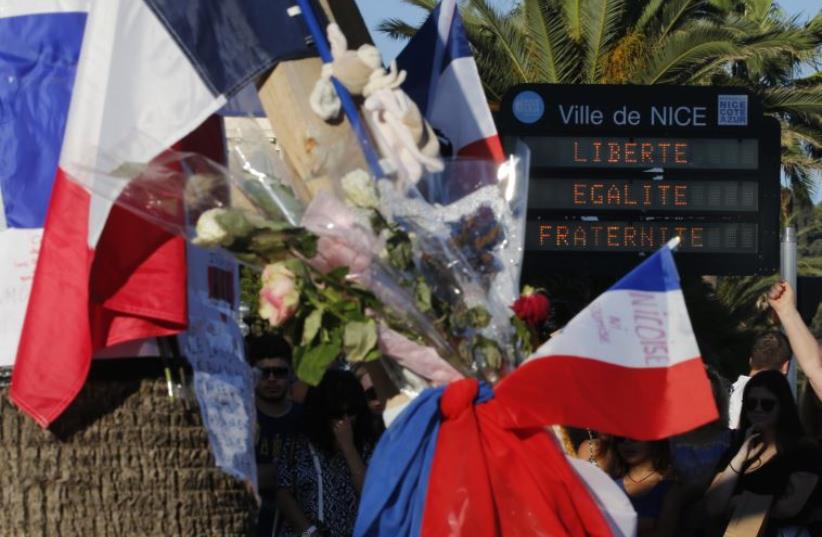 Flowers and flags placed in tribute to victims of the deadly truck attack in Nice, France on Bastille Day
(photo credit: REUTERS)
Advertisement
NICE, France - Police arrested a man and a woman in the French city of Nice on Sunday morning in connection with the truck attack that killed at least 84 people celebrating Bastille Day, a judiciary source said.Authorities have now detained seven people over the killings, claimed by Islamic State.The 31 year-old Tunisian killer, Mohamed Lahouaiej Bouhlel, drove at the crowd in the Riviera city on Thursday night, zig-zagging along the seafront Promenade des Anglais for two kilometers as a fireworks display marking the French national day ended, until police eventually shot him dead.French authorities have yet to produce evidence that he had turned to radical Islam. Nevertheless, Interior Minister Bernard Cazeneuve said Bouhlel may have undergone a rapid change.