GALLERY: Buildings around world light up in colors of French flag after attacks 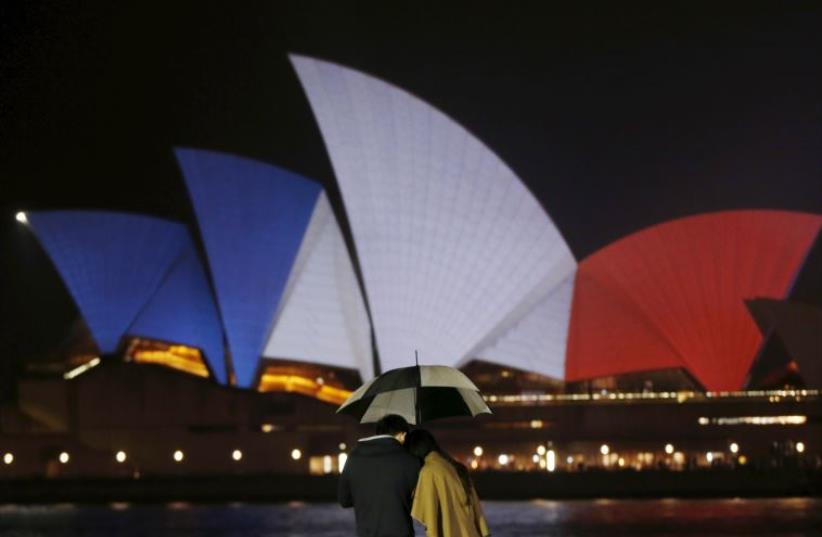 Colors of France's national flag are projected onto the sails of Sydney's Opera House in Australia November 14, 2015, following the attacks in Paris.
(photo credit: REUTERS)
Advertisement
A provisional toll from Paris attacks on Friday put the number of dead at 128 while another 99 were in critical condition, a source at the French prosecutor's office said on Saturday.In a show of solidarity with France buildings around the world lit up in red, white and blue, the colors of the French flag. Gunmen strapped with suicide bombs attacked restaurants, a concert hall and a sports stadium at locations across Paris on Friday in a deadly rampage that a shaken President Francois Hollande called an unprecedented terrorist attack in France.
(One World Trade Center, NY, Credit: Reuters)
(The CN Tower, Toronto Credit: Reuters)