Gunman injures 9 in Houston before being killed by police

At least nine people were injured; mayor says shooter apparently an attorney who had issue with firm. 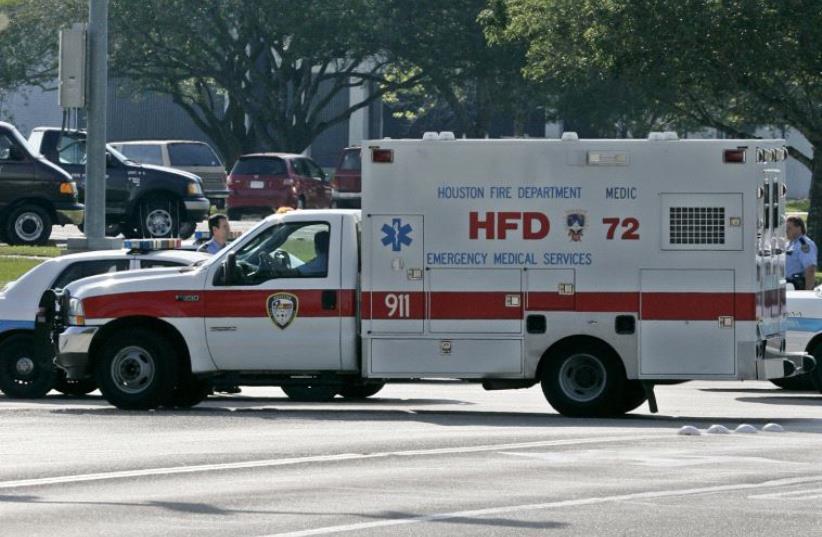 An ambulance in Houston
(photo credit: REUTERS)
Advertisement
HOUSTON - A troubled lawyer opened fire on morning commuters in Houston on Monday, injuring at least nine people before being fatally shot by police, authorities said.Six victims were taken to hospitals and three were treated at the scene after being shot at while inside their vehicles in the wealthy neighborhood of West University Place, acting Houston Police Chief Martha Montalvo told reporters.One of the victims was in critical condition and another was in serious condition.Montalvo declined to identify the suspect but said he was a lawyer. She said the FBI was assisting with the investigation and did not mention terrorism as a motive.Houston Mayor Sylvester Turner, in Cuba on a trip to develop trade relations, told reporters, "The motivation appears to be a lawyer whose relationship with his law firm went bad."The police bomb squad was securing the suspect's car, a black Porsche, which had numerous weapons in it. Police were planning to search his house.Broken glass from shattered car windows littered a parking lot in an upscale shopping center near where the suspect fired 20 to 30 shots.An unidentified woman, standing next to a car with two bullet holes in the windshield, told a local television station she heard "the bullets literally whiz by my window."Live video streams showed numerous police cars and ambulances in the area. There were also a few vehicles seen with bullet holes.