The shirts sell for $25.00 each and all proceeds go to the MusiCares COVID-19 Relief Fund. 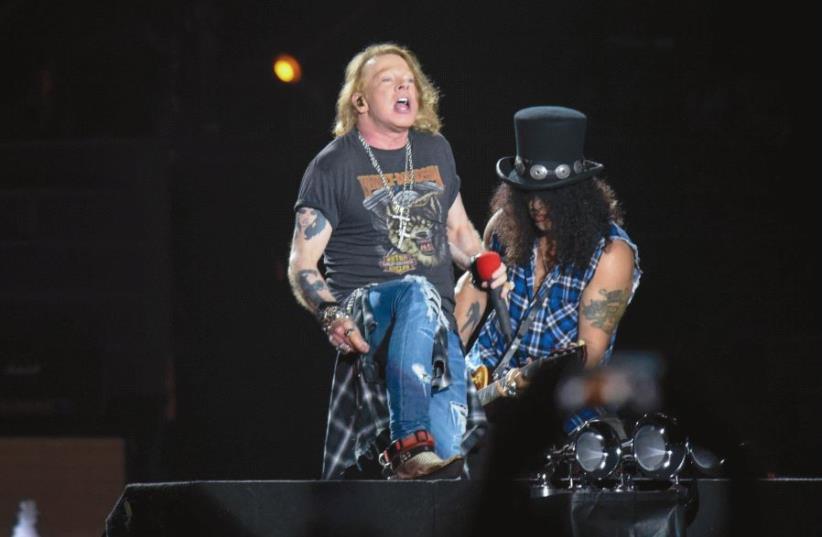 The rock band unveiled the new shirt on its Twitter account on Wednesday, and posted it on its merchandise website.
The shirts sell for $25.00 each and all proceeds go to the MusiCares COVID-19 Relief Fund.
The jab at Trump comes a week after he visited an Arizona factory that makes protective N95 face masks. During the visit, however, he did not wear a mask of his own. While Trump was there, employees played Guns N' Roses' 1991 hit Live and Let Die in the background. The music was so loud, it was nearly impossible to hear Trump speaking.
The band's frontman Axl Rose is no stranger to slamming the current administration. Last week, he tweeted at Secretary of the Treasury Steven Mnuchin and called him an "a-hole."
"It's official! Whatever anyone may have previously thought of Steve Mnuchin he's officially an a-hole," Rose wrote to his 1.2 million followers.
Mnuchin then replied back, saying "What have you done for the country lately?" However, he mistakenly included an emoji of the Liberian flag, then deleted it and reposted the same message with the American flag.
Rose noticed the emoji error and replied, "My bad I didn't get we're hoping 2 emulate Liberia's economic model but on the real unlike this admin I'm not responsible for 70k+ deaths n' unlike u I don't hold a fed gov position of responsibility 2 the American people n' go on TV tellin them 2 travel the US during a pandemic."