The Islamic Center of Houston caught fire after Friday prayers when it was mostly empty and no injuries were reported, CNN said. 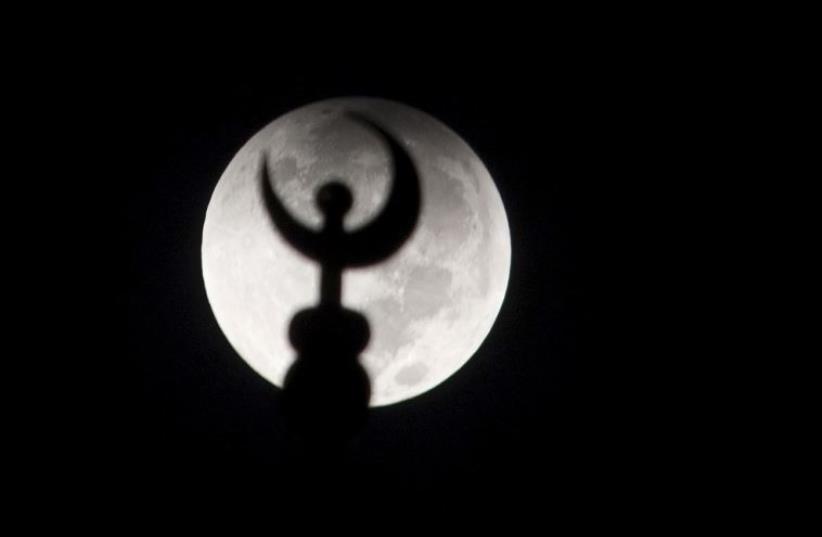 A minaret of a mosque is silhouetted against the moon at the start of a total "supermoon" lunar eclipse in Salhiya, Kuwait City
(photo credit: REUTERS)
Advertisement
A Christmas Day fire at a Houston mosque appears suspicious and started in several places, CNN reported on Saturday, citing a federal official.The Islamic Center of Houston caught fire after Friday prayers when it was mostly empty and no injuries were reported, CNN said. The mosque was part of a strip mall.Special Agent Nicole Strong of the Bureau of Alcohol, Tobacco, Firearms and Explosives said it was too soon to determine the fire's cause, CNN said. The blaze drew 80 firefighters, the report said.Strong was not immediately available for comment.Anti-Muslim sentiment has been on the rise in the US, stoked by recent Islamic State-related attacks in France and California and anti-Muslim statements by Republican presidential hopefuls.The Council on American-Islamic Relations, which tracks such incidents, said the scale of vandalism, damage and intimidation at American mosques this year is the worst in the six years it has kept records.