How did the death of Hitler's disabled infant brother affect the Nazi leader? 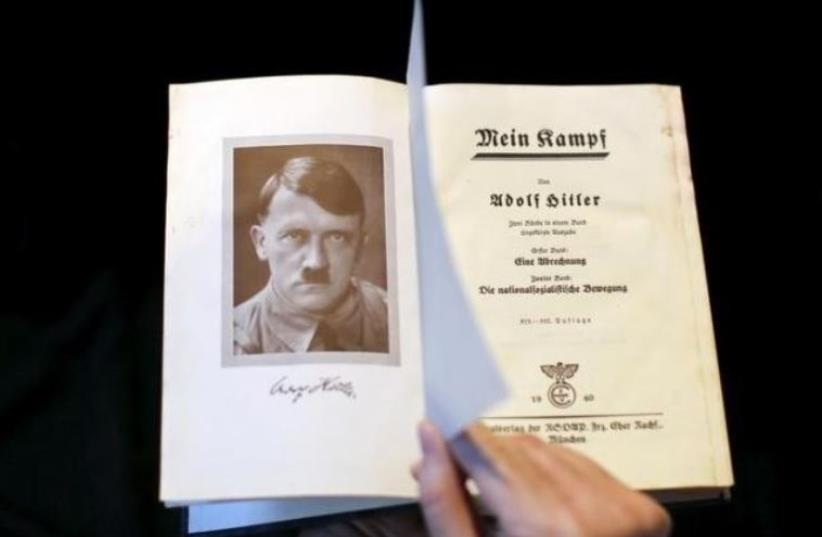 A copy of Adolf Hitler's book ''Mein Kampf'' (My Struggle) from 1940 is pictured in Berlin, Germany
(photo credit: REUTERS)
Advertisement
VIENNA - A brother of Hitler's who was thought to be older was actually younger and died within days, raising questions about how his death might have affected the future leader of Nazi Germany, a historian said in comments published last week.Hitler is widely thought to have been the fourth of six siblings, but records from Braunau am Inn, the northern Austrian town where he was born, show that he was in fact the third, according to findings by the historian Florian Kotanko, reported last Monday by the newspaper Oberoesterreichische Nachrichten.Otto Hitler, a brother of Adolf Hitler's thought to have been the last sibling born before him, was actually born three years after, on June 17, 1892. He died six days later of hydrocephalus, a swelling of the brain, according to the report."The conclusions of many Hitler biographers about the mental development of Adolf Hitler, who allegedly received special attention from his mother Klara as the only surviving child after the deaths of three siblings, are no longer tenable," Kotanko was quoted as saying by the newspaper."How was the three-year-old Adolf Hitler confronted with the birth and death of a brother?" Kotanko said. Among other open questions, he said, is whether Hitler had been aware of his brother's condition and how it might have affected him.