How will the historic Brexit hit the EU economy?

Other EU members will have to fill in at least some of the shortfall from a future lack of UK contributions. 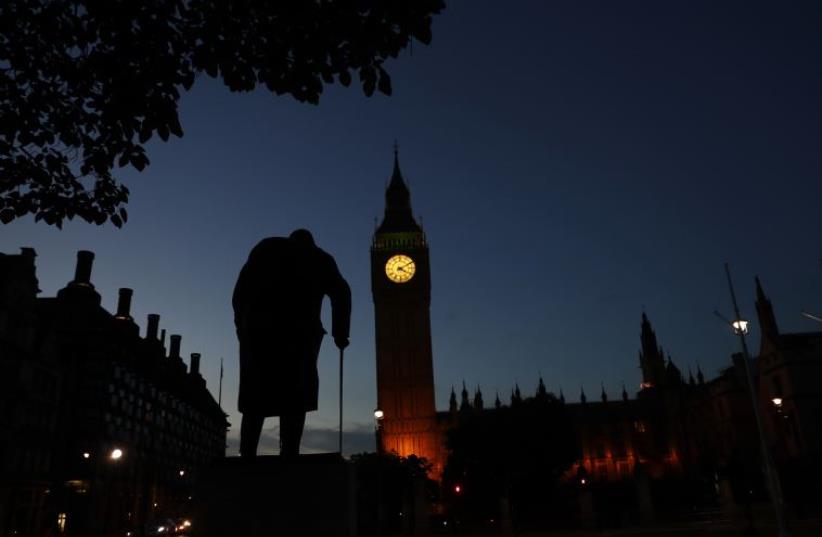 Dawn breaks behind the Houses of Parliament and the statue of Winston Churchill in Westminster, London, Britain June 24, 2016
(photo credit: STEFAN WERMUTH/REUTERS)
Advertisement
BRUSSELS - The European Union's chief concerns over Britain's vote to leave the group are political but losing its second-largest economy will have a huge economic impact as well.Below are some of the main economic risks and benefits for the EU's remaining 27 members.BUDGET/ECONOMYOther members will have to fill in at least some of the shortfall from a lack of its contributions.Britain's total contribution to the EU budget for 2016 has been set at 19.4 billion euros ($21.4 billion), including its rebate and customs duties. It receives about 7 billion euros, mainly agricultural and regional subsidies, leaving a gap to fill of just over 5 percent of the total EU budget.Germany, the EU's largest member, would inevitably have to provide the most extra cash. Germany's Ifo institute estimates that would be 2.5 billion euros.UniCredit says there would be manageable negatives for the euro zone, with a trade impact, a financial flight to safety and uncertainty possibly leading to tighter financial conditions and postponed investment. It would revise down its 2017 forecast for GDP to 0.5-1.0 percent from the current 1.6 percent.TRADEThe rest of the European Union has a trade surplus of around 100 billion euros in goods with Britain, while Britain exports some 20 billion euros more in services than it imports, the same gap as for financial services.Many economists forecast Brexit would at least temporarily reduce UK growth, uncertainty hitting domestic demand and weakening the pound, with a resultant impact on EU goods exports to Britain, which make up some 2.6 percent of rest-EU GDP in 2014.A UK "demand shock," linked also to a possible reintroduction of import tariffs, of 10 percent could lead to a reduction of rest-EU GDP by 0.26 percent.Brexit campaigners say the EU would want to agree a free trade deal with Britain even if the country left the bloc.However, Oliver Schulz, an economist at Citi, reasons that could play more into the hands of the EU given there tends to be more focus in trade deals on goods than on services, and financial services in particular.Switzerland, where financial services are a larger share of GDP than in Britain, has no general access to EU financial service markets and runs a financial services trade deficit with the bloc.The EU's main service export to Britain, tourism, is unlikely to be affected.INVESTMENTThe United Kingdom is consistently the largest recipient of foreign direct investment in the European Union, according to UNCTAD data, with an average of some $56 billion per year in the 2010-2014 period. EU partners supply just under half of this.Some 72 percent of investors in an EY study in 2015 cited access to the European single market as important to the UK's attractiveness to FDI.There is a risk some FDI would be diverted to other EU countries if Britain lost access to the EU single market.MIGRATIONOne of the main arguments for Brexit campaigners is to limit migration of workers from other EU countries, even though both Norway and Switzerland have had to accept free movement of people in return for access to EU internal markets.If Britain did cap immigration, it could have a negative impact on eastern European countries, from which some 1.2 million workers were in Britain in late 2015.The impact could be most acute in the countries with the most citizens in Britain - Poland (853,000 in 2014), Romania (175,000) and Lithuania (155,000)By contrast, other affluent western European countries, such as Germany, could as a result see higher inflows of EU migrants. This might be beneficial economically, if politically difficult.IRELAND, BENELUX HIT HARDEST?Research by the Bertelsmann Foundation sought to break down the impact by country and determined that the impact of a "soft exit" could be worse in Ireland than in Britain, based on their degree of trade dependence on Britain.The Benelux countries and Sweden would take the next biggest hits, while the impact on Germany would be very limited given that its auto and other manufacturing sectors have many other markets.The Belgian region of Flanders will suffer a 2.5 percent decline in GDP, according to its premier Geert Bourgeois, who believes his region would be hit hardest after Ireland.

DYNAMIC EFFECTSThe Bertelsmann study also looks into "dynamic effects," such as a potential loss of productivity because a decreased openness to trade reduces international competition and lowers the incentive to improve competitiveness.With dynamic effects, the long-term impact on German GDP would range between 0.3 and 2 percent below the value if Britain remained in the European Union. ($1 = 0.9078 euros)