The protest comes a week following the expulsion by Italian authorities of a Tunisian national who allegedly planned an attack on landmark monument. 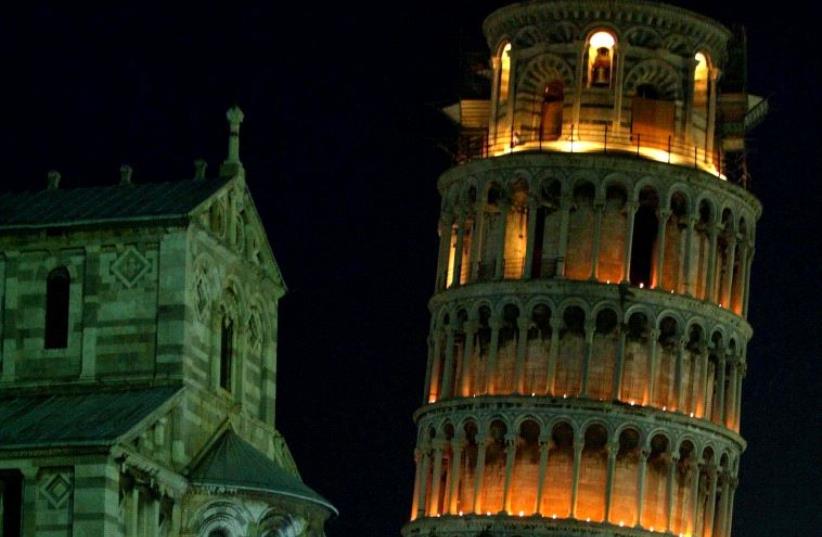 Leaning Tower of Pisa.
(photo credit: REUTERS)
Advertisement
Nearly 1,800 signatures were collected for a petition against the building of a mosque next to Italy's Leaning Tower of Pisa, The Daily Mail reported on Thursday. Magdi Allam, the journalist and politician who initiated the petition, called the support an 'Italian revolution.'The number of signatures means that a vote will need to pass before construction plans can be formally approved. "We will not stop here," said Gianluca Gambini, vice chairman of the committee assembled to protest the mosque. "We expect to get a higher number of signatures, at least two thousand, to avoid problems with the council."The protest comes a week following the expulsion by Italian authorities of a Tunisian national who allegedly planned an attack on the Leaning Tower, AFP reported. Twenty-six-year-old Bilel Chahoui was arrested last Thursday after posting on social media about how he would attack the monument.The judge who signed his expulsion order said there was “evidence the Tunisian sympathized with ‘jihadist’ extremism and IS."Italians have been on edge as concerns mount that Italy could be subject to terror attacks such as those on Bastille Day in Nice, which killed 84 people, and the Brussels bombing in March.