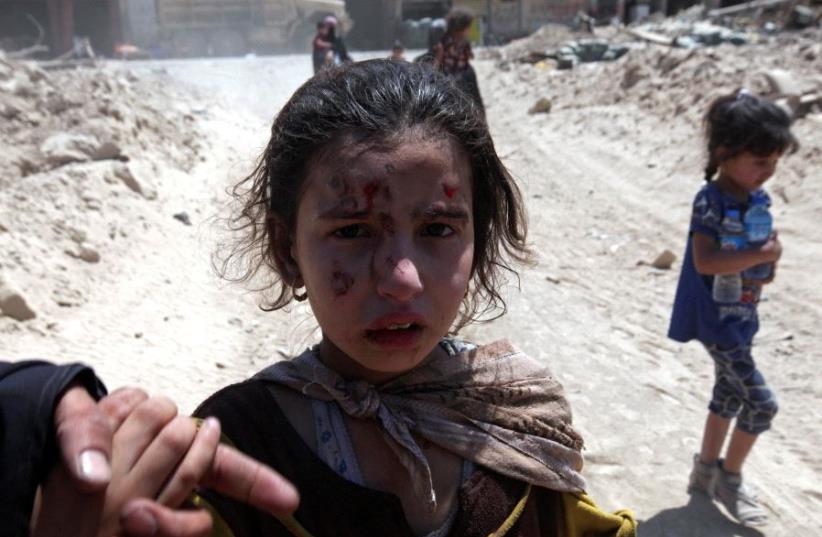 A wounded displaced Iraqi girl who fled from clashes is seen in the Old City of Mosul
(photo credit: REUTERS)
Advertisement
People in the Iraqi city of Mosul celebrated their first Muslim Eid holiday without Islamic State in years on Sunday after the militants were ejected from much of the city, and hoped the battle to recapture the remaining area would soon be over.Children gathered in squares on the eastern side of the city. Some played on old swings and others with toy guns and rifles, which were among the toys allowed by Islamic State militants after they took over the city in June 2014.The militants implemented an extreme version of Islam which associated toys with a face, like dolls, with idolatry. They encouraged youngsters to train on weapons and changed text books to reflect their military ideology. Children were asked to add up bombs or bullets in math exercises.But for many, Sunday's Eid celebrations were overshadowed by the destruction of their historic leaning minaret, blown up by the militants on Wednesday, and fears for thousands of civilians trapped in the Old City in western Mosul still under Islamic State control.
Hundreds of civilians free to leave Mosul (Credit:Reuters) 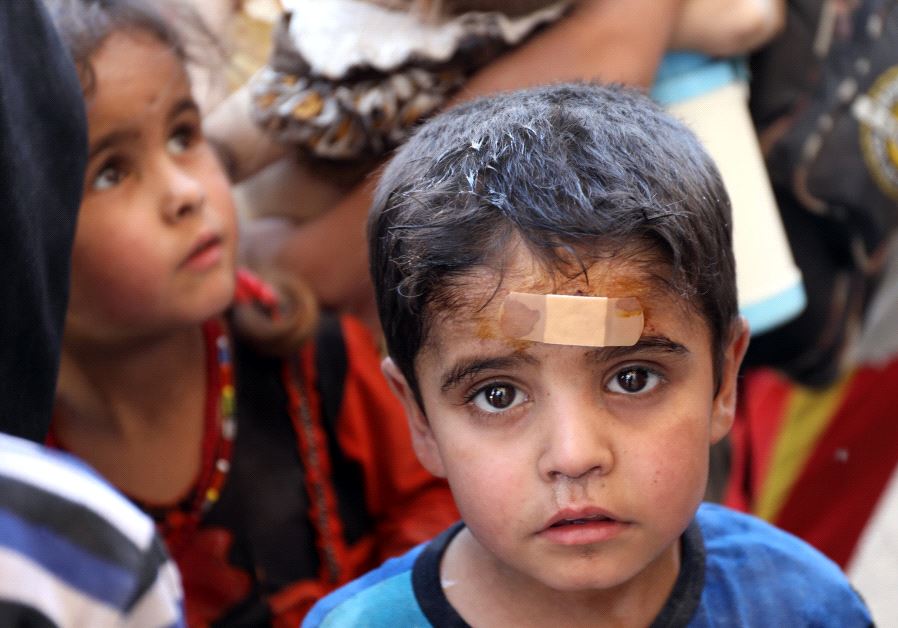 An injured displaced Iraqi child is seen after escaping from Mosul's Old City. (Credit: Reuters/Marius Bosch)
Iraqi forces opened exit routes for hundreds of civilians to flee the Old City of Mosul on Saturday as they battled to retake the quarter from Islamic State militants mounting a last stand in what was the de facto capital of their self-declared caliphate.US.-trained urban warfare units were channeling their onslaught along two perpendicular streets that converge in the heart of the Old City, aiming to isolate the jihadist insurgents in four pockets. 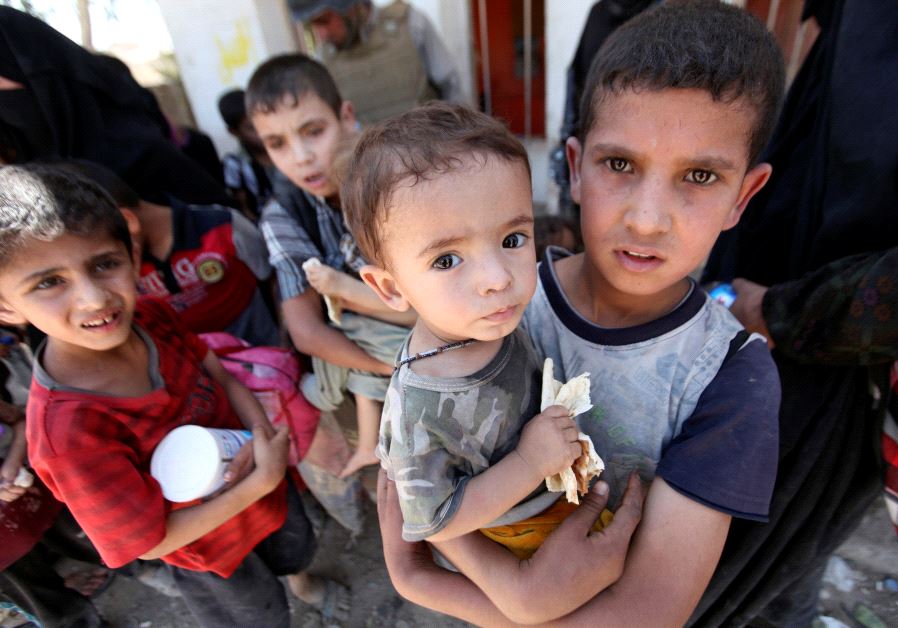 Displaced Iraqi children who fled from clashes (Credit: Reuters/Azad Lashkari)
But more than 100,000 civilians, half of them believed to be children, are still trapped, with little food, water, or medical treatment.
Iraqi authorities say Islamic State is trying to prevent them from leaving - so that they can be used as human shields.
The week-old battle in the Old City is turning into the deadliest of the eight-month US.-backed campaign to take back the northern city, which fell to the militants in June 2014.
A Reuters correspondent saw a young girl with facial injuries walking dazed and shocked across the frontline out of heavily-populated district with a group of neighbors. All her family was killed when their house collapsed, they said.The United Nations voiced alarm on Saturday at the rising death toll among civilians in the fighting, saying as many as 12 were killed and hundreds injured on Friday.
Iraq's Prime Minister Haider al-Abadi says it's the group's official declaration of defeat. The Iraqi government had hoped to retake Mosul by the end of 2016 but it is now aiming to announce victory over the next few days, just in time for the Muslim Eid holiday - the end of the fasting month of Ramadan.
Advertisement
Subscribe for our daily newsletter