Is the chandelier in the residence of Scotland's political leader looted Nazi property? 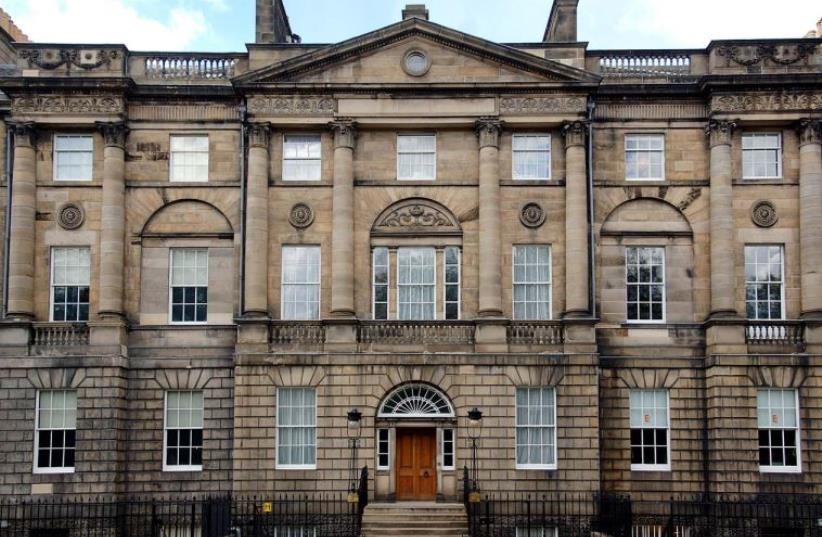 Bute House, Scotland
(photo credit: Wikimedia Commons)
Advertisement
The Scottish government is making inquiries as to whether a large chandelier in Bute House, the official residence of the first minister of Scotland, was property that was looted by the Nazis during World War Two. According to a BBC report the drawing room chandelier was found in 1945 abandoned in the northern German town of Cleves and sent back to Bute House by the English interior designer Felix Harbord who was working for then resident of the house, Lady Bute.  "One day he came upon this chandelier abandoned in one of the streets of Cleves and had it packed in empty munitions boxes, which he addressed to No. 6 Charlotte Square," a Scottish government guidebook recounted in 2001, the BBC reported.  "With the help of Edinburgh antique dealers, Lady Bute traced suitable replacements for the missing pieces of glass and successfully assembled and installed the light fitting in the Drawing Room at Bute House," the guidebook read.   After the end of the war the looted works of art that had been retrieved in the British zone of occupation were transferred to the British Collecting Point at Schloss Celle, near Hannover, the BBC reported.  Harbord was known to have been posted as a Monuments and Fine Arts Officer at the collecting point between May and October 1945, Sky News reported.  The Simon Wiesenthal Center, an international Jewish human rights organization, suggested in a 2008 report that the chandelier may have been looted from the British collecting point in Germany or it may be an object looted from legitimate German ownership.  Some time after Harbord left his post in Germany it was discovered that some of the recovered art objects stored there had been stolen according to a Sky News report. "A number of matters arise from the chandelier affair," Irish historian Erin Gibbons writes in  the Simon Wiesenthal report. "In this instance, Harbord had established a means of removing, from Germany, an unprovenanced artwork by placing it in an empty munitions box and addressing it to a client in Scotland," Sky quoted Gibbons as saying. "Provenance researchers will undoubtedly be interested to establish whether the chandelier is the only object that Harbord removed from Germany in this way, or whether there were others," Gibbons said. A Scottish government spokeswoman said that the Simon Wiesenthal Center report "raises questions over how the Bute House drawing room chandelier came to be brought to Scotland and into the ownership of the Bute family.""We will discuss this with the National Trust for Scotland, which owns the property and most of the fittings, including the chandelier, to clarify if information on the provenance of the chandelier is contained in the trust's archives," the spokeswoman said.