Israeli Stink Bombs are not Stinky Enough for Indians 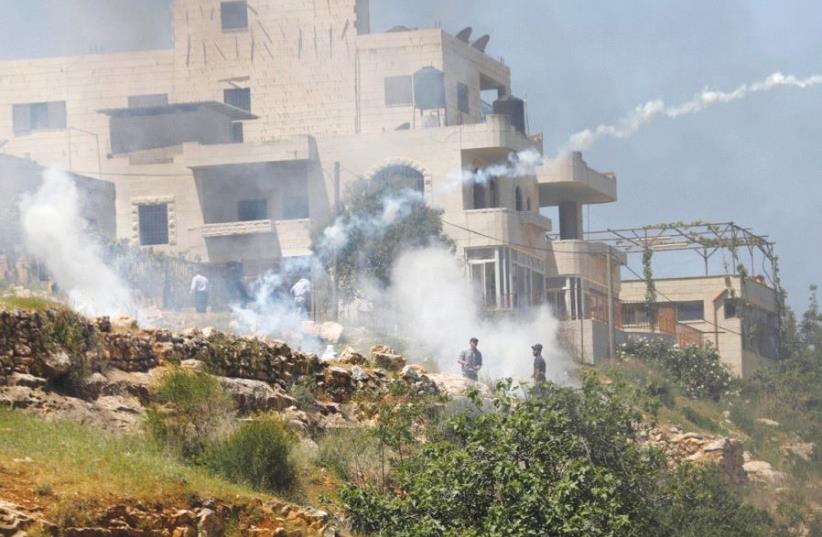 A PALESTINIAN RIOTER throws back a tear-gas cannister fired by IDF troops near Ofer Prison
(photo credit: REUTERS)
Advertisement
Israeli-designed stink bombs are not having the desired effect in crowd control tests, Indian officials claimed, according to a Hindustan Times report on Thursday.India's Central Reserve Police Force purchased bombs from Israel that smell like exposed sewage to be used in Kashmir. The Israeli Police force has been successfully utilizing these tools as a harmless deterrence to control violent mobs. However, the smell is not strong enough to deter any Indian gatherings.CRPF officials ran several practice drills exposing personnel and the general public to the stench.  "...[The general public] managed to tolerate the smell without much difficulty. Maybe Indians have a higher threshold of tolerating stench." The bomb was so ineffective that security forces must search for alternative methods for non-lethal crowd control.Security forces in Kashmir used pellet guns on July 8th, but the small metal ammunition has caused injury and blindness when used against protesters. The Indian government has been attempting to develop tactics that would not cause any permanent injury.