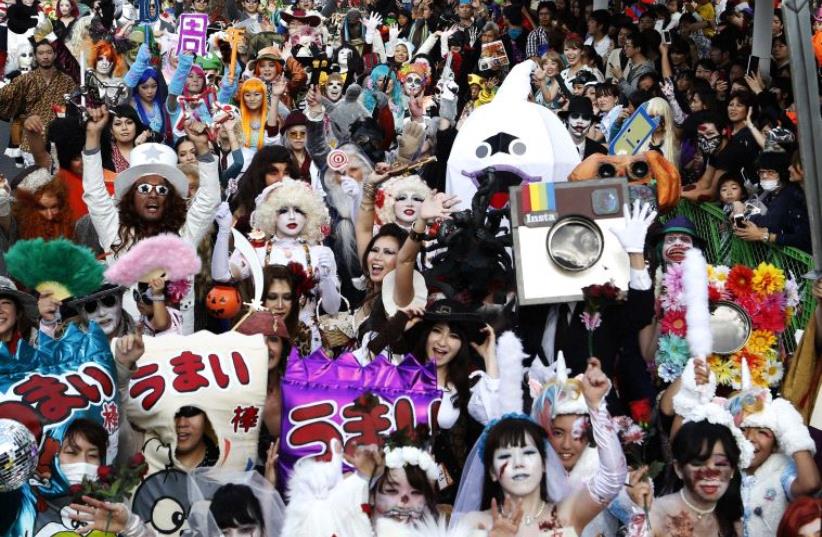 The costume worn by member of the up-and-coming troupe also featured a black-buttoned cape and peaked hat laden with a bird emblem, which critics compared to the Nazi Reichsadler or "Imperial Eagle." The musical group, which consists of over a dozen young women ranging from their mid-teens to early 20s, typically performs in corresponding stage outfits. However many in the Japanese social media sphere lambasted this particular wardrobe choice as "unacceptable" with some in the Twittersphere posting side-by-side photographs comparing the pop band's attire to that of the Nazi's infamous Waffen-SS.

The Japan Times quoted one Twitter user, @batayanF3 as condemning the apparel-choice, writing: “Just because you didn’t know or because you don’t praise Nazis doesn’t mean you can do these kinds of things. It’s unforgivable considering how influential they are as talents.”The newspaper also cited Berlin-based Japanese writer Ichika Rokuso as writing a Twitter post invoking the tragic memory of World War II, during which Japan was defeated along with Germany and Italy.“Dear young people,” her message began. "Seventy-one years have passed since the war ended, but there are still so many people who have lost their family members, friends and their loved ones. Even in Japan. You should understand that."