Born in New York City on Feb. 24, 1921, Abraham Charles Vigodah was the son of Jewish immigrants from Russia. His father was a tailor. 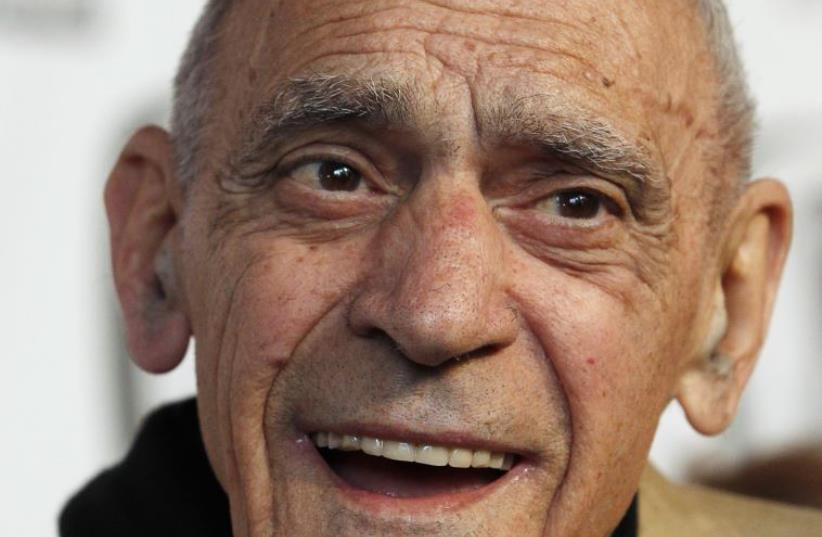 Actor Abe Vigoda arrives at the "TV Land Awards 2011" in New York City April 10, 2011.
(photo credit: REUTERS)
Advertisement
NEW YORK - Abe Vigoda, an American actor best known for roles in "The Godfather" and the 1970s sitcom "Barney Miller," died on Tuesday at the age of 94, after spending three decades jokingly refuting rumors of his demise.Vigoda's daughter, Carol Vigoda Fuchs, said her father died at her home in New Jersey. "He died in his sleep, of natural causes. He was not sick," she told Reuters.Vigoda, who was adept at drama and comedy with a hang-dog face, slouched posture and slow delivery, played mobster traitor Salvatore Tessio in "The Godfather" in 1972, his first credited movie role. His character was doomed for betraying the Corleone family in the film but had a cameo role in the flashback scenes of "The Godfather Part II" two years later.His most famous role was as the grumpy and deadpan Detective Sergeant Phil Fish in the "Barney Miller" police comedy series. He picked up three supporting-actor Emmy nominations for the part.Vigoda spent years amiably proving he was still alive after People magazine mistakenly declared him "the late Abe Vigoda" in 1982, when he was 62. The question of his mortality became a running gag that he learned to live with.To disprove the People report, he posed for a photo sitting in a coffin. His alive-or-dead status became an often-revisited joke in his appearances on Conan O'Brien's late-night show and in a skit on David Letterman's show, he curtly advised the host, "I'm not dead yet, you pinhead!"Vigoda also had roles in films where his longevity was the joke and appeared with the equally well-seasoned actress Betty White in a commercial during the Super Bowl in February 2010.The website www.abevigoda.com was set up simply to give his status - "Abe Vigoda is alive" - above a photo of the actor and a date/time stamp. On Tuesday, that was changed to "Abe Vigoda is dead."Born in New York City on Feb. 24, 1921, Abraham Charles Vigodah was the son of Jewish immigrants from Russia. His father was a tailor.He had his first role on stage at age 17 and, dropping the "H" from his last name along the way, had modest success in theater and on television through the 1960s.Vigoda was already past 50 when he got his break in "The Godfather." In an interview with CNN, Vigoda recalled being summoned to the office of director Francis Ford Coppola in an open casting call."It seems he'd seen me in a play or plays," Vigoda said, adding that one of the reasons Coppola "was interested in me was that nobody knew my face."Vigoda said the role opposite stars like Marlon Brando, Al Pacino and James Caan in one of Hollywood's greatest movies changed his life.From there, Vigoda moved to the "Barney Miller" series."I got the role because the producer thought I looked tired," Vigoda said. "But I looked tired because I had been jogging earlier that day."In a typical line from "Barney Miller," Fish bemoaned the effects of age: "Do you know what it feels like to be running down 43rd Street and your partner is cornering a guy on 52nd? Do you know how I found out what happened? I asked a reporter. Four radio stations beat me to the scene of the crime."Unlike the creaky, lethargic Fish, Vigoda was a vigorous man who played handball regularly and was still jogging into his 80s.Vigoda worked in TV and movies well into his 80s. His other work included the films "Good Burger," "Joe Versus the Volcano," "Look Who's Talking" and "Cannonball Run." He also appeared on television series such as "Soap," "The Rockford Files," "Wings" and the vampire soap opera "Dark Shadows."