Mazel Tov! Will and Kate welcome a new baby girl

No name for the newborn has yet been announced. 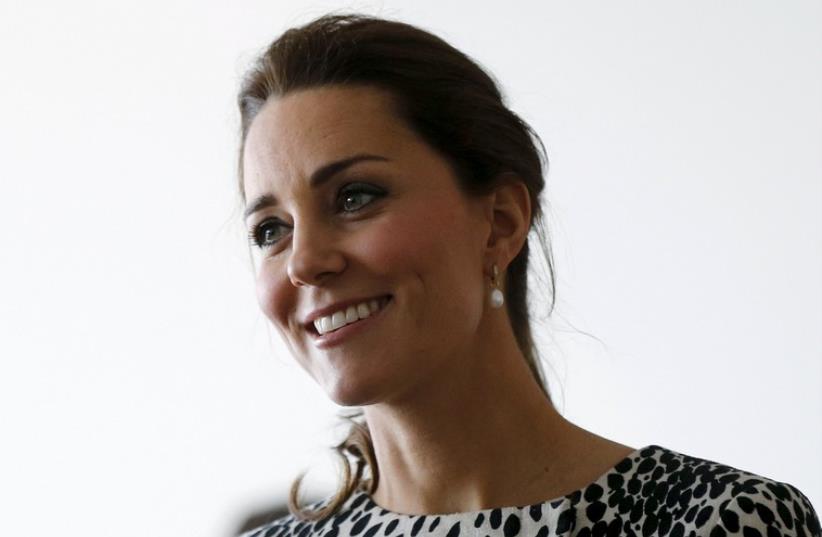 Britain's Catherine, Duchess of Cambridge
(photo credit: REUTERS)
Advertisement
Britain's Duchess of Cambridge, the wife of Prince William, has given birth to a daughter, the couple's residence Kensington Palace announced on Saturday.The baby weighed 8 lbs 3 oz and both mother and child are doing well, it added in a Twitter statement.  "Her Royal Highness and her child are both doing well," the palace added.She gave birth at 8:34 a.m. (0734 GMT), some 2-1/2 hours after having been admitted in the early stages of labor to the the private Lindo wing of St Mary's Hospital, West London, the palace said.Both families of the couple had been informed, it said, including the new baby's great-grandmother Queen Elizabeth, her grandfather Prince Charles and William's brother Prince Harry.A ceremonial town crier announced the birth of the new baby, who will be fourth in line to the throne after Charles, William and her older brother George.No name for the newborn has yet been announced.William, 32, was born at the same hospital to the late Princess Diana in 1982.He and Kate, 33, met as students at St Andrews University in Scotland, married in a spectacular ceremony at Westminster Abbey in April 2011 and have since become global stars.When Kate leaves hospital, the couple will initially return to Kensington Palace for a couple of days before heading to Anmer Hall, their country mansion on the queen's Sandringham estate in Norfolk, eastern England.