Director of the Auschwitz Museum: "We couldn't believe that original tools for tattooing prisoners could be discovered after such a long time."

By ANYA BONAN
Metal stamps
(photo credit: AUSCHWITZ MUSEUM)
Advertisement
The Auschwitz Museum in Poland has recently added metal stamps used to tattoo Jewish prisoners during the Holocaust to its collection.Elzbieta Cajzer, head of the museum collections at the Auschwitz Museum, released a statement saying “we acquired removable metal plates with a few millimeter- long needles, which were inserted into a special stamp to create a specific number.The findings, collected in the area of the camp evacuation route, is incomplete; it consists of one zero digit, two threes and two stamps which may be sixes or nines.”When prisoners first began to arrive at Auschwitz in occupied Poland in 1940, they were each issued with an identification number, which was initially stamped onto pieces of cloth which the prisoners were ordered to sew onto their clothing. 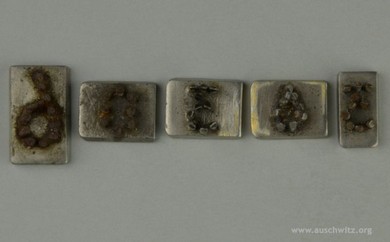 However, prisoners would sometimes replace their wornout clothes with those of others who had died, causing a great deal of confusion among the German prison guards.In autumn 1941 the Nazis began to forcibly tattoo numbers onto the bodies of Soviet prisoners of war. The number was tattooed on the left side of a prisoner’s chest using a metal stamp to which removable plates with needles were inserted, consisting of specific digits. A single blow with an inked stamp to the chest was able to permanently impress the entire number.From spring 1942 onward, authorities at the camp ordered tattooing of numbers for all prisoners on the left forearm. Needles fixed on a wooden shaft and soaked in ink began to be used for puncturing the skin to form digits.Almost all previously registered and newly arrived prisoners, including females, were tattooed.Contrary to popular belief, Auschwitz, which consisted of Auschwitz I (Main Camp), Auschwitz II (Auschwitz-Birkenau), and Auschwitz III (Monowitz and the subcamps) was the only concentration camp where tattoos were used to identify prisoners.The only other know sample of a tattooing device from the camp is stored at the Military Medical Museum in Saint Petersburg.Dr. Piotr M.A. Cywinski, director of the Auschwitz Museum, emphasized that “it is one of the most important findings of the recent years. We couldn’t believe that original tools for tattooing prisoners could be discovered after such a long time. Even a tattooed number is rare to be seen now as the last prisoners pass away. Those stamps will greatly enrich the new main exhibition that is currently being prepared.” 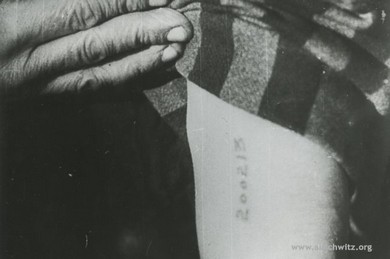