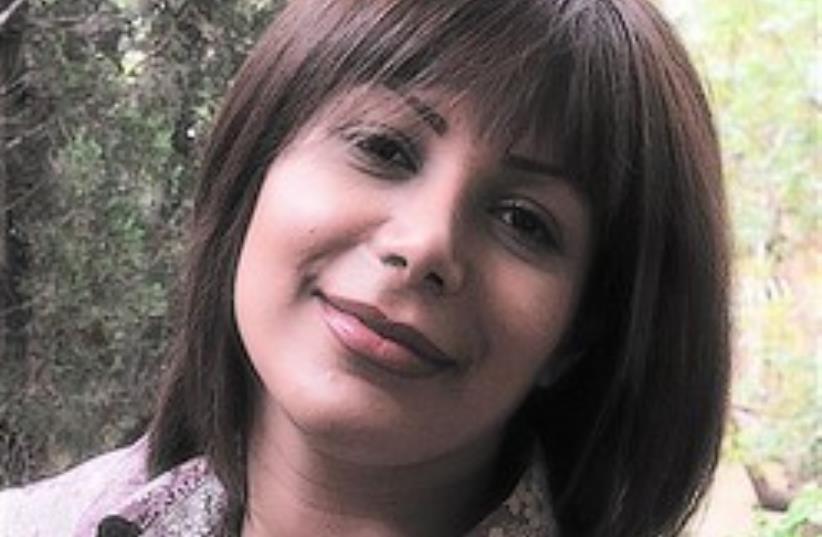 Neda Agha Soltan - a symbol of the Iranian unrest.
(photo credit: AP)
Advertisement
Iranian opposition leader Mir Hossein Mousavi asked authorities Sunday for permission to hold a memorial service for victims of last month's post-election violence, including a young woman whose death was caught on video and became a symbol for protesters.

Iranian authorities have exerted pressure on the families of slain protesters not to mourn publicly out of fear the gatherings could spark the kind of demonstrations that followed the June 12 presidential vote, according to the opposition.

Hundreds of thousands of Mousavi supporters took to the streets following the election to protest hard-line President Mahmoud Ahmadinejad's disputed victory. Iranian security forces cracked down violently, and at least 20 protesters were killed during the unrest, according to police. Rights groups believe the number could be far greater.

Supreme Leader Ayatollah Ali Khamenei, who has final say over all state matters, has demanded the opposition drop its claims that the election was marred by massive vote fraud. But Mousavi and his supporters have kept up the pressure by criticizing the state's harsh response and reaching out to top clerics for support.

One of those killed on June 20 was Neda Agha Soltan, a 27-year-old woman shot to death on the sidelines of a Teheran demonstration. Her dying moments on the street were caught on a video viewed by millions on YouTube, and she became an icon in the opposition's struggle.

Mousavi and Karroubi attempted to assuage concerns that the requested memorial would spark additional unrest, saying it "will be held without any speeches and will be limited to the reciting of the Quran (the Muslim holy book) and moments of silence."

The government's concern about unrest has historical precedence. The deaths of protesters during the 1979 Islamic Revolution fueled a 40-day cycle of mourning marches, and shootings of mourners, that contributed to the overthrow of the US-backed dictator, Shah Mohammad Reza Pahlavi.

Authorities allowed a close ally of conservative presidential candidate Mohsen Rezaei to hold a funeral in Teheran on Friday for his son, who was arrested during a protest on July 9, the pro-reform norooznews.org Web site reported. He was taken to a hospital two weeks later where he died from his injuries hours after being admitted, it said.

Rouhalmini's father, Abdul-Hossein, had scheduled to hold a memorial for his son Sunday but canceled the ceremony at the last minute without elaborating, the semi-official Mehr news agency reported. The Etemad-e-Melli newspaper reported earlier Sunday that Mousavi and Karroubi would attend the memorial, possibly raising fears it would turn into a demonstration.

A group of nearly 50 Mousavi supporters showed up at the site of Rouhalmini's planned memorial Sunday to protest against the government's crackdown on the opposition, said eyewitnesses, speaking on condition of anonymity for fear of reprisal. Many Iranian policemen were also at the scene, they said.

Dozens of protesters gathered in north Teheran on Saturday and chanted "death to the dictator" and "we want our vote back" before they were attacked and beaten by police and the Basij.

Witnesses told the AP that Saturday's demonstration was carried out in solidarity with people around the world who held coordinated protests to pressure Iran to end its violent crackdown on the opposition and release hundreds of people who are still being detained.

Also Saturday, 69 prominent opposition leaders, including Mousavi and Karroubi, appealed to top clerics in the holy city of Qom to help stop the government's violent post-election crackdown - reaching out to the one group that could go head-to-head with the country's supreme leader.

Tension following the election has not been limited to recriminations between hard-liners and reformists. Ahmadinejad caused an uproar among conservatives last week by defying an order by Khamenei to dismiss a controversial figure as his top deputy.

Although Ahmadinejad relented on Friday, the controversy over Esfandiar Rahim Mashai, who angered conservatives last year when he made friendly comments toward Israel, continued to have repercussions at the highest levels of government.

Ahmadinejad dismissed four of his Cabinet ministers Sunday in an unusual move that seemed to be related to the dispute over Mashai, the Mehr news agency reported.

Mehr said Ejehi's dismissal was also related to his opposition to Mashai, whose daughter is married to Ahmadinejad's sonAlthough Ahmadinejad agreed to abandon his quest to make Mashai his first vice president, he appointed him as his chief of staff Saturday, setting up another potential tussle with conservatives.

Prominent conservative lawmaker Ali Motahari called Ahmadinejad's decision to dismiss his ministers "unusual" and said "it seems he intends to cause tension in the country," according to Mehr.

Motahari said that if the dismissals were related to Mashai, "then the issue becomes personal, not related to the desirability of the country."

Meanwhile, a group of hard-line students asked Iranian lawmakers to summon Ahmadinejad to parliament to question why he waited almost a week to obey Khamenei's order to dismiss Mashai.