By JPOST.COM STAFF
John Legend performs before the NFL Super Bowl XLIX football game, February 1, 2015
(photo credit: REUTERS)
Advertisement
R&B sensation John Legend this week has joined the ranks of various Hollywood heavy-weights in boycotting a Brunei-owned hotel in Beverly Hills due to the small country's implementation of Sharia law. Last spring, Brueni became the first East Asian country to adopt the Islamic criminal law that punishes offenses like sodomy and adultery with the death penalty, including by stoning.The singer-songwriter, who is up for two Grammys and an Oscar, has nixed an appearance at the iconic Beverly Hills Hotel in protest of the chain owned by Sultan of Brunei Haji Hassanal Bolkiah's, who imposed the Isamic penal code. Legend was due to attend as the guest of honor Thursday at a party thrown by Los Angeles Confidential magazine after gracing the cover of the publication's latest issues. "These policies, which among other things could permit women and LGBT Bruneians to be stoned to death, are heinous and certainly don't represent John's values," CNN quoted Legend's publicist, Amanda Silverman, as saying. "John does not, in any way, wish to further enrich the Sultan while he continues to enforce these brutal laws."Despite pressure from key Hollywood figures and human rights activists, Los Angeles Confidential maintained its decision to host the bash at the Pink Palace's Crystal Ballroom, US media reported. 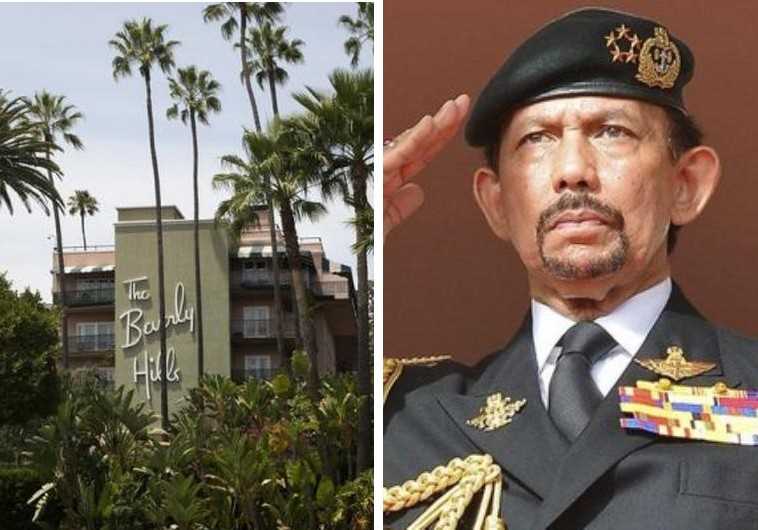 The Beverly Hills Hotel (R) and Sultan of Brunei Haji Hassanal Bolkiah (L)
After the small country's enactment of Sharia law Last year, comedians Ellen DeGeneres, Jay Leno and British entrepreneur Richard Branson advocated shunning the hotel and its bungalows, a favored locale for the Hollywood elite since it opened a century ago.The City of Beverly Hills also voted unanimously to pressure the government of Brunei to divest the Beverly Hills Hotel.The Beverly Hills Hotel and nearby Hotel Bel-Air are part of the Dorchester Collection of luxury hotels that are owned by the Brunei Investment Agency, an arm of the Brunei government.Reuters contributed to this report.